Last year BOOM Studios introduced the world to the Turtle Power Rangers in the Mighty Morphin Power Rangers/Teenage Mutant Ninja Turtles mini series. Now Hasbro giving us the action figure versions of these character in the Power Rangers X Teenage Mutant Ninja Turtles Lightning Collection. I watched the Hasbro Pulse Power Rangers Fan First Friday livestream today on Youtube where we got a closer look at the figures as well as some behind the scenes sketches and modeling for the sculpts. I never watched the Power Rangers, I was already in college when that show debuted. So, I'm not a Power Rangers fan by any stretch of the imagination, but I love the Turtles. The sculpts on these mask-less Turtle heads are great. I like how Tommy and April are brought into the line as well. Most of the figures are sold out on Hasbro Pulse right now, but I'm hoping they'll restock.
All figures with the exception of Shredder are sold in pairs for $52.99. Shredder sells for 31.99. 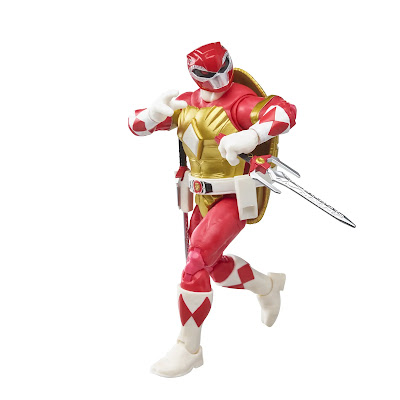