Before I dive into the review of the comic issue, here's a little background on me. I'm a long time game player and collector of Magic: The Gathering cards. Nothing so serious where I'm in leagues every Saturday, very casual. But still I have a good grasp on the world that Magic operates in and different sets of cards and characters that have come out for the game over the years since its fairly early incarnations.

In spite of my love of the game and the cards, I haven't followed any of the many comic book or novels centered around the different planes of the Magic:TG world. With few exceptions I don't generally read fictions based on game or media properties, for reasons I don't really know. That's something I might want to rethink.

Magic is a comic that I would enjoy whether I knew anything about the game or not. Jed MacKay does a great job of making the story and the universe that is the playground for these characters very accessible. Even picking up issue 5 without the benefit of the previous four issues, its easy to quickly get up to speed on what our group of characters are trying to accomplish. The different planes our group of Planeswalkers visit are described well enough without bogging the reader down with too many heavy details.

Guara and Consonni successfully create the different environments to match the mood and descriptions set in MacKay's accompanying text boxes. Innistrad feels like we are walking into the typical Eastern European medieval village that is often the setting for a classic horror situation. While Ixalan feels just as lush and tropical as Amonkhet feels dead and dusty. The attention to the backgrounds and different color palettes used for each world sets each apart so well that its easy for the reader to immediately know we are somewhere different beyond just believing so because the text boxes say we are.

This issue centered around our group of Planewalkers splitting up to different planes looking for Jaya Ballard, the Undying Flame one of the oldest living Planewalkers. Not a seriously heavy story for this issue, typical questing stuff with some additional details filled in. I'm fine with that, especially with this being my first issue I'm reading of this series, only adding to the accessibility for me.

This issue did its job, I want to go back and read the issues leading up to this one and I'm looking forward to issue 6. For me, I found it enjoyable to read a story that touched on so many places that I'm already familiar with from love of the game. If you are someone not familiar with the game or the world building that has resulted from it over the years, this comic series might be a good way to get a taste of it.

See some pages from the issue below, this issue should be in your local comic book shop still I'm hoping. This came out last Wednesday on the 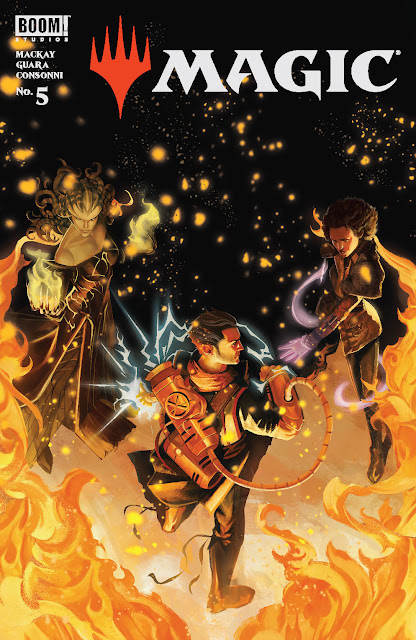 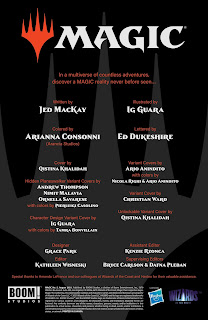 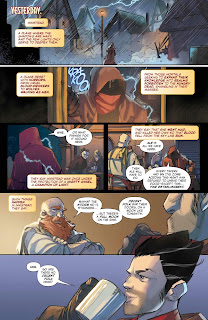 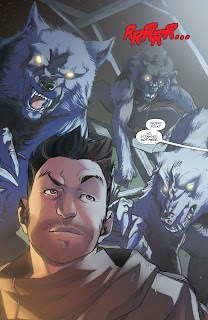 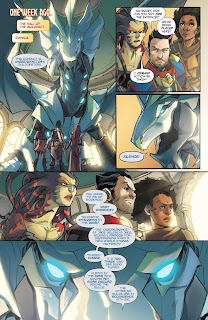 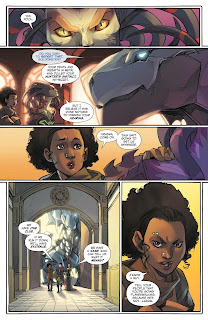 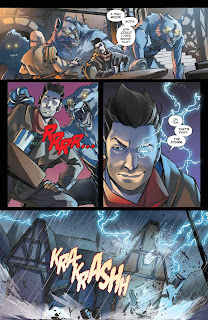 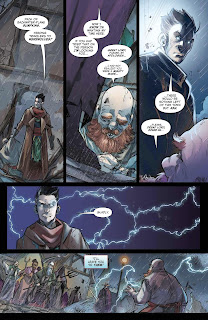 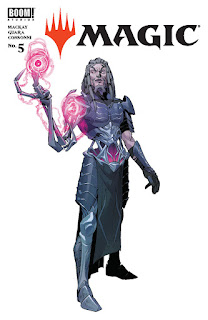