Skip to main content
Labels
Posted by droracle May 31, 2017

Venom looks to be coming back in a big way this fall at the House of Ideas, with a new 5 issue mini-series, called Venomverse. Venom who is now billed as the "Lethal Protector" looks top be a series focused on Venom travelling throughout the multi-verse, if the huge poster artwork is any clue. I personally loved the multiverse Spider-man adventures, so a Venom version of this could be cool. My opinion of Venom has softened over the years, I was as a comic book reader who lived through the 90's I suffered from a serious overload of Venom. However Marvel has handled the character in interest ways since then, so I'm genuinely interested.

Here is the official release from Marvel and some additional character sketches:

On a routine battle Venom finds himself transported to a far-off world and learns a terrible truth – a deadly new species has emerged from the vastness of space, and to make matters worse, they’re hunting Venoms! Trapped on the planet’s surface with a ragtag band of Venomized heroes, Eddie has no choice but to mount a counteroffensive and hope to find a way home!

What is the new apex predator species called the Poisons and what is their terrifying connection with the Venom symbiote?

The Poisons have now enacted a plan to consume and feed across universes and Venom is first on the menu. “When a Poison attacks a symbiote, they form an unstoppable one-sided union that the Venom wants no part of,” said series writer Cullen Bunn. “And in order to find as many suitable symbiotes as possible, they are making their way across the multiverse in a quest for insatiable power.”

Beginning this September VENOMVERSE ensnares the entire Marvel Universe! And be sure to pick up the essential Edge of Venomverse  – a bombastic new 6-issue series featuring your favorite characters and creators as they prepare for VENOMVERSE this September available wherever Marvel Comics are sold!
VENOMVERSE #1 (of 5)Written by CULLEN BUNNPenciled by IBAN COELLOCover by NICK BRADSHAW
Interlocking Variant Covers by CLAYTON CRAIN 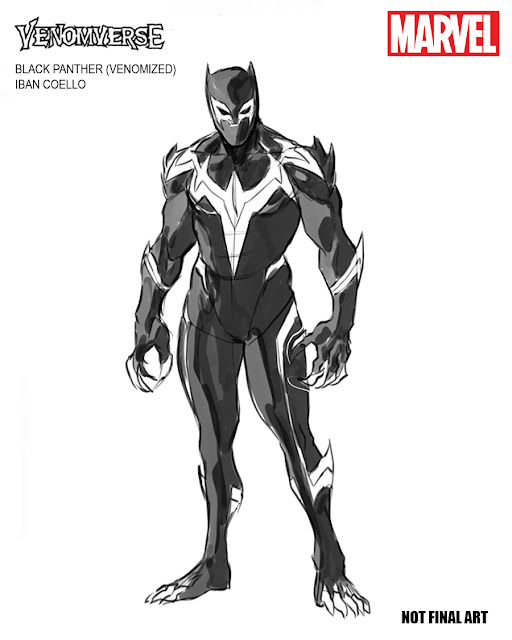 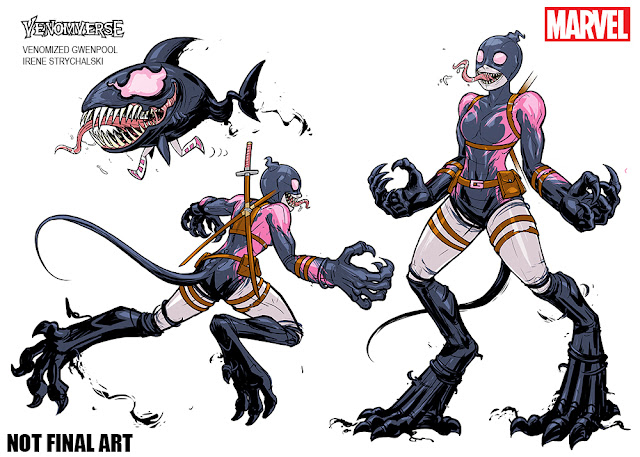 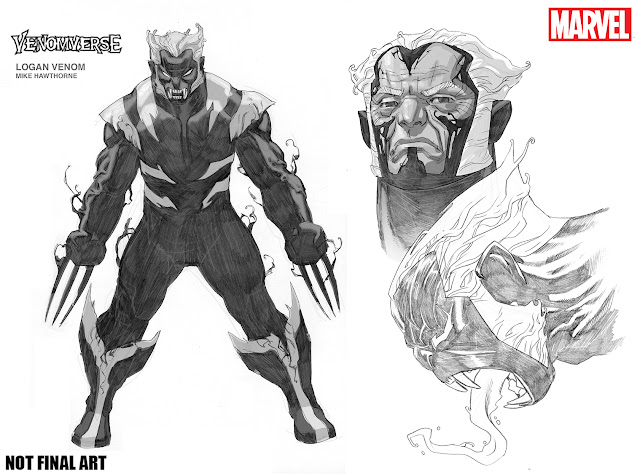 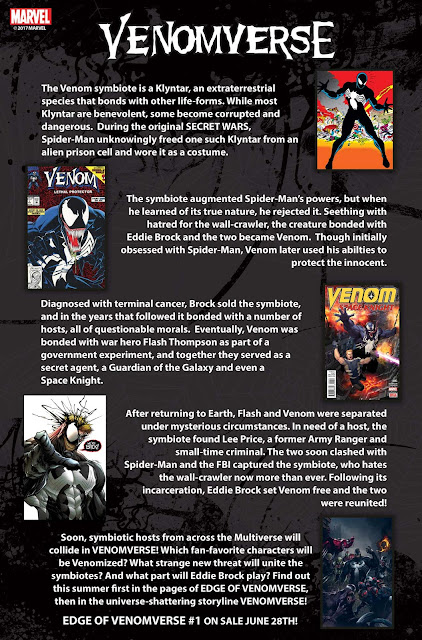 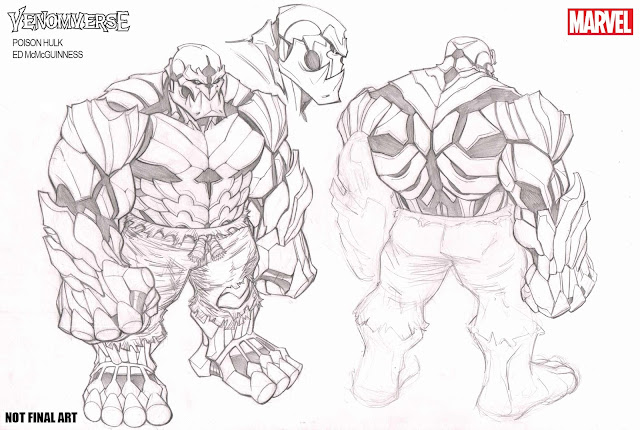