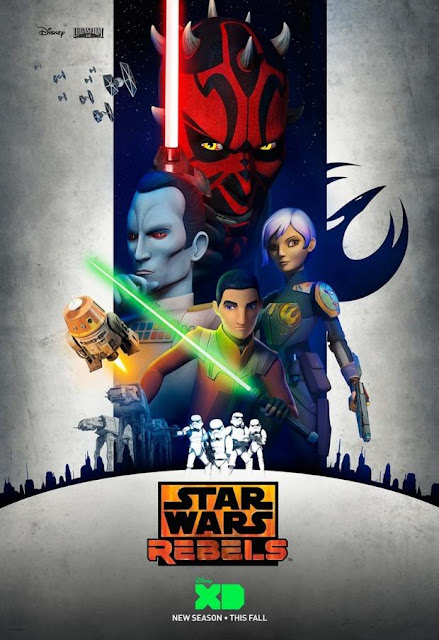 Timed beautifully on my birthday weekend, DisneyXD will be broadcasting the hour long premiere episode for Star Wars Rebels third season. From the trailers we've seen a lot has changed since that amazing Season 2 finale. Now we have an Ezra who is a little older and more adept at the force leading the crew of the Ghost. We've also got a new baddie for the season in form of Grand Admiral Thrawn. This show has completely eclipsed any expectations I had for it, so I've been enjoying it thoroughly. Last season didn't disappointment me and from the glimpses I see of this upcoming season I'm ready for the joy ride.

I guess the only thing really missing in this show for me is seeing any impact to characters or events in the four movies that chronologically follow the events in this show. I know we've had plenty of cameos and appearance of the characters from the original trilogy and the continuity from the Clone Wars animated series has been well established. I'm just impatient to see where these characters fit in further in the future, if there's any chance we'll see these characters in any of the films to come.