Pennywise the Clown Revealed for 2017 Stephen King's It 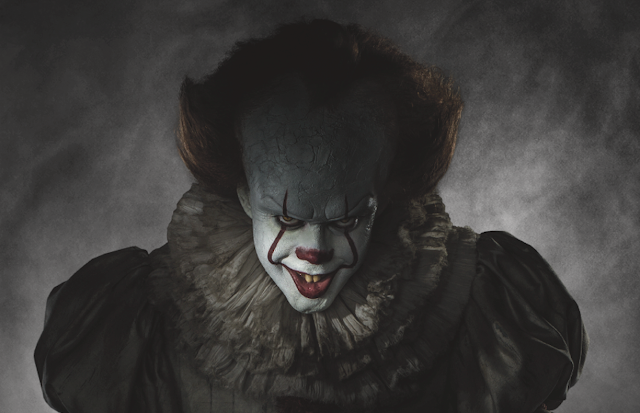 Entertainment Weekly gave us our first look at Bill Skarsgård's Pennywise costume for next year's Stephen King's It film, due out September 2017. While I loved the Tim Curry version of Pennywise for the television movie made in 1990, the version created for the remake just looks incredible. The clothing on this Pennywise, all look so ancient while at the same time appropriate for a clown. Like some sort of dark jester. The ruffles, the cuffs on the ends of his sleeves and pants, all give this creature the look of something that has existed for a long time. Very fitting for this demon in clown's skin. I could argue that the brighter more "modern" clown get up that Curry's version wore made the evil and demonic nature of Pennywise all the more shocking when it came through. I really don't want to put any hate on this new concept especially from just one picture with seriously dark mood lighting, so I won't dig into that line of thinking. 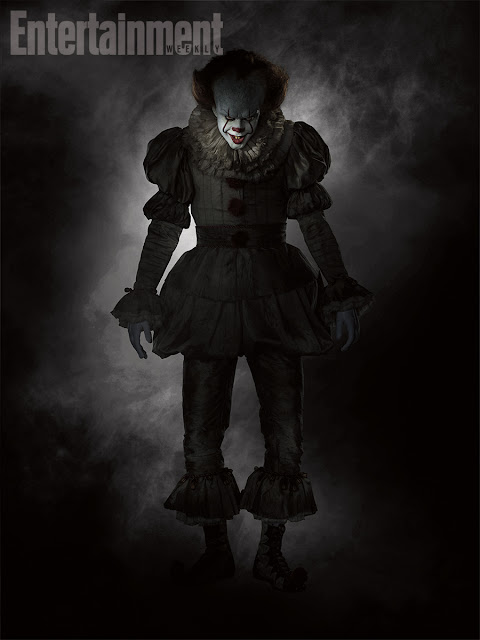