Marvel's U.S.Avengers Coming At You This December 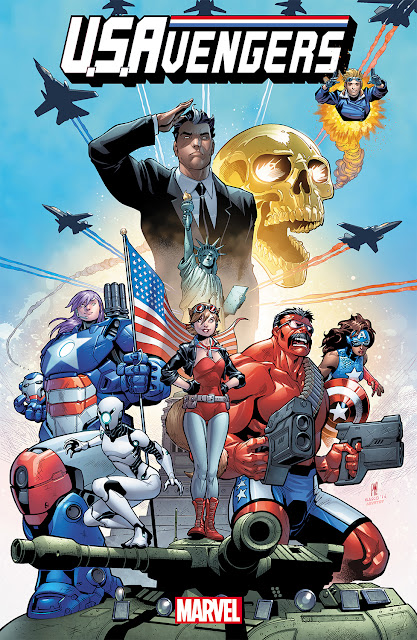 Marvel has given us many different variations of the Avengers. West Coast, Mighty, Young, Uncanny, New, All New & All Different, I've read them all. I'm honestly surprised this concept took them so long to put out. The new U.S.Avengers, as can be assumed from their name, are an Avengers group that is patriotic and America focused. This team will be headed by Roberto Da Costa aka Sunspot, who in the past years has used his fortune to buy former terrorist organization A.I.M and redirect their efforts towards supporting his Avengers team.

Here is the official press release I received today:

HAVE NO FEAR AMERICA!

Speaking with The Washington Post, series writer Al Ewing offered some insight into Da Costa’s desire to form the U.S.Avengers, “He came to America in his teens, and, as both an actual and fictional minority, a South American mutant, he’s experienced the ugly side of it. But he’s seen the best of America, too. He has an absolute love for his adopted country, and he’ll fight to the end to save lives and help people.”

Also featuring the All-new Iron Patriot, tomorrow's Captain America today, Thunderbolt Ross – the Red Hulk, the high-flying Cannonball, the unbeatable Squirrel Girl (along with her patriotic squirrel legion), and more, the U.S.Avengers will dare any danger - no matter how unbelievably awesome that danger might be - to defend freedom, democracy, apple pie, bald eagles and the electric guitar!

“U.S.Avengers will be a bold, brawny book that will distill everything that you love about and everything that you fear about this great land of ours into twenty pages of high-octane patriotic action every issue,” said series editor Tom Brevoort.
Action, adventure and intrigue wrapped in the red, white, and blue! The U.S.Avengers are touching down this December!
U.S.AVENGERS #1
Written by AL EWING
Art by PACO MEDINA
Cover by PACO MEDINA


Having a British writer kicking this title off I think should really give an insightful perspective for the direction of the stories and characterizations of certain characters. Especially the team leader, Sunspot who is not native to the USA. I am a big fan of Paco Medina's work so I'll be picking up the first couple of issues at least just for his work alone.

I'm happy to see the Iron Patriot idea coming back in a different approach. I'm also glad to finally see the Red Hulk with a mustache. It never made sense to me that Thunderbolt Ross lost his mustache when hulking out. The identity of the Red Hulk has long been revealed, so getting a 'stache on that dude is long overdue. This probably bothered no one else in the world, but it'd been a personal sticking point with me. Having Cannonball along for this ride with Sunspot is no surprise since they are such good friends. Squirrel Girl as a member is alright I guess. I'm still failing to see why everyone is into this character but maybe her presence will help out readership.

Here are some concept sketches provided to us from Marvel Entertainment. 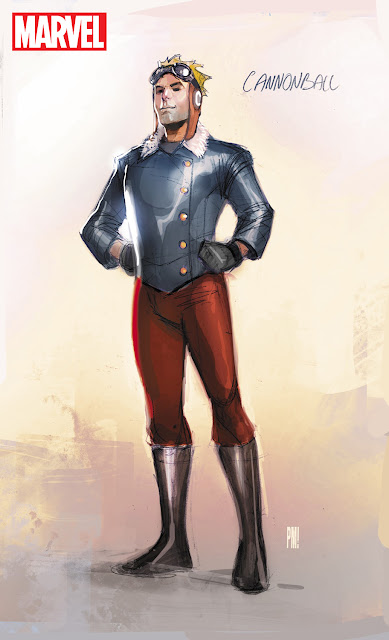 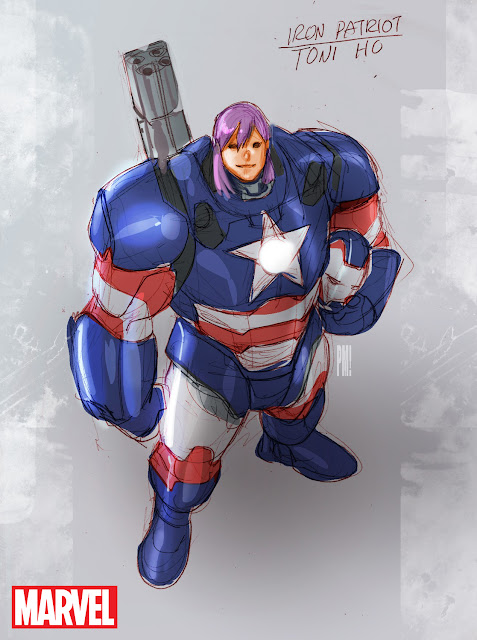 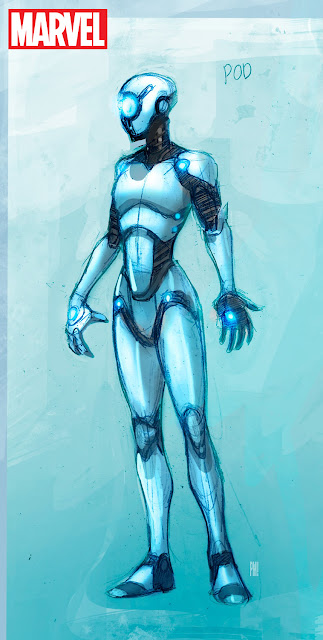 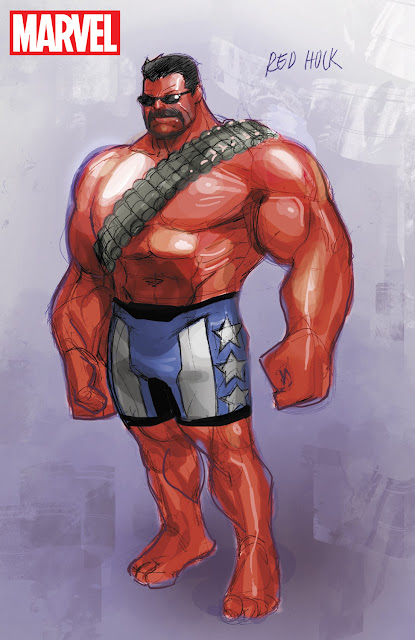 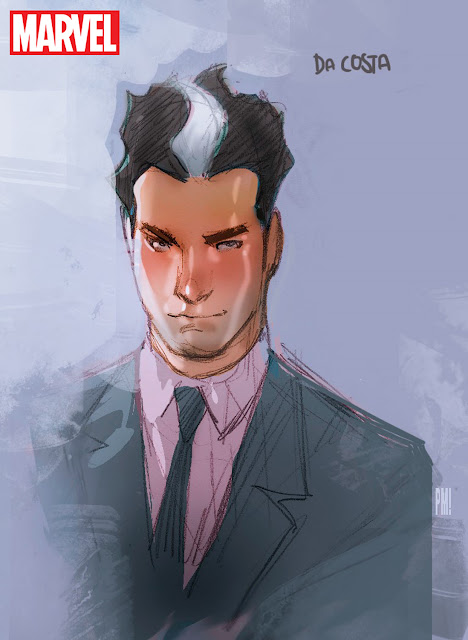 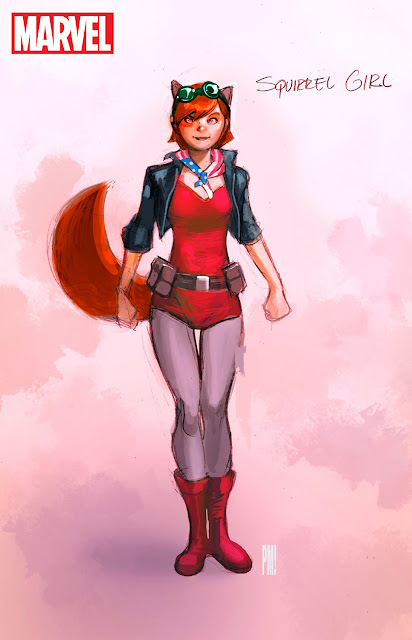