Skip to main content
Labels
Posted by The House of Bella and Baron July 09, 2016 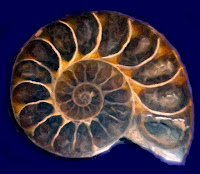 I set out to make this one article but it quickly metamorphosed into something a bit larger and it is going to require a little more care to curate and disseminate the planned content. Therefore, this will be a multipart article.

Anyone reading this doesn’t need me to pontificate upon how difficult it can be trying to balance their adulthood concerns with their geek sensibilities. Of course, how we arrive at an exact working definition for “adulthood” could potentially lead to a bottomless pit of biased and genuine realities resulting in a quagmire of nonsensical standards that is better left to sociologists to dissect. It is perhaps too large of a cultural, social, and economic pitch battle of shared experiences for me to land on one working definition of "adulthood" that would appease you, my dear readers.

In this regard I have simply decided that I will relate my findings and observations to my personal experiences and those of my colleagues. I would state that I and my colleagues represent only a small cross section of adults trying to make their way in the Washington D.C. metropolitan area here in the U.S. But, I think many of the things I will share are relatable, on some level, to a larger cross section. This is to say that my experiences are reflective of my reality, which of course may be much different than yours, and any frustrations or exasperations I express are not meant to induce microagressions. They are simply my experiences and within these experiences are themes that may have the potential to be universal. I hope you find some common ground and some fun here. I’ll leave the science of demographics and unintended transgressions up to others.

That really came off as a disclaimer didn’t? I find it necessary when I feel like I am dipping my toe in territory where debate may brew.

I am an avid tabletop gamer and a lover of pencil and paper roleplaying games (PPRPG). But, I am no longer as young of a person as I once was, and no longer that person whose time and relative responsibilities were more conducive to not only playing in the occasional game but maintaining a regularly scheduled campaign of gaming. This isn’t to say that I was cursed with copious amounts of free time to waste away as I saw fit when I was younger. I began working at age 14 and I have been employed every since in some form and fashion. You can read that as both being employed in both glory-less and glory-filled positions of the labor force. Someday I may impart the honey mustard incident from my days as a busboy. Anyway, I am now 40 and a lot of things are just different for me now from when I was 14, 24, and 34.

What isn’t different is my passion for PPRPGs. But, the struggle to maintain a PPRPG campaign in the world of “adulting” is real. What follows here and in a future installment(s) are philosophies that I believe help to set the stage for a successful PPRPG experience, whether its one-shots, campaigns, or limited arcs.

You are going to have to create scheduling boundaries and stick to them. My group plays once a week. Not all groups abide by this regularity, some are bi-weekly, monthly, etc. You still have to carve out the time to play.

This was the hardest thing I had to do. My teaching schedule at my college is not regulated from semester to semester and because I am only one of two faculty members who are able to teach specific subject matter I have to teach when the classes are held. That can mean mornings, afternoons, and evenings. In addition, I am essentially the head of the performing arts program; there are times when the rehearsal and production process for shows, which happens outside of the classroom, is a massive time suck. Add together committee work, research, student advisement, class planning, curriculum development, professional development, etc. and it can become a daunting enterprise. It has its flexibility and perks, but it can also be inflexible and unforgiving. But, I am grateful I get to do what I get to do- there is a payoff.

Nonetheless, because I don’t have traditional hours or shifts I had to draw a line in the sand and make it clear that I needed a weekday evening where I would be a ghost to the institution. This is a mutual arrangement. I have to abide by it as much as they do because I am just as likely to violate it as they are, especially if I pick up my iPhone during a gaming session to check email. Sometimes the compulsion to react is great. But, discipline is key to understanding the world will not end if an email goes unanswered until the next working day. So far this boundary is working.

I have colleagues in my PPRPG group who are freelance workers, shift workers, retail managers, or salaried corporate employees. Each of them has to set their own scheduling boundaries in order to achieve the same weeknight off to engage in our PPRPG adventures. Those scheduling boundaries were not always as easily set for them as they were for me.

One of our members is a freelance technician in the live entertainment field. He has to go where and when the work is. His scheduling boundary with the PPRPG group was that his livelihood would have to come first, and as a result we would need to find a way to operate without him on those game nights he’d be working; in turn he'd make a genuine effort to keep his schedule clear on gaming night when feasible.

Another member is a healthcare professional and there are times during the year where her medical institution requires her to work overnight. In this case, the boundary was set that we would need to end at a specific time in order for her to have time to change and travel to her work. The group honoring a set upon end time helped to not only allow her to both work and play with respect to her valued involvement, but it had the beneficial affect of instilling discipline into the group which helped to cut down on side chatter and mischief which can inadvertently take away from actual time played.

Other members face their own challenges in setting schedule boundaries to make the game occur. Some have easier times than others, but such is the nature of the various fields in which we are employed or in which our daily responsibilities lie. Our Game Master has a traditional nine to five day for a 40 hour a week in a Monday through Friday schedule. Sure, there are times when he has to work overtime and put in longer weeks, but his schedule is more regulated and therefore he may have the easiest time setting up boundaries.

This isn’t to say there are not other forces outside of one’s employment that influence one’ schedules.  but it’s usually one of the main challenges in creating consistency in meeting and playing on a regular basis in "adulthood" in regards to PPRPGs.

By setting schedule boundaries you can reduce the occurrences of inconsistency and delayed gatherings which have been the death of so many PPRPG campaigns. Ensuring the scheduling boundaries are all understood by those participating in the game, and in turn understood by exterior forces which have the potential to violate those boundaries sets a significant domain within a rubric which determines whether or not your PPRPG will be successful. There's exceptions to every rule and sometimes sacrifices in the name of the game or in the name of employment will need to be made. However, a line in the sand can be a powerful thing, both mentally and physically, when it comes to keeping commitment.

Coming next: Adulting vs. Roleplaying Part 02, where I begin with the 2nd Philosophy: Children Come First

Dogpark Geek is a series of articles on The Neverending Digression where The House of Bella and Baron examines his experiences and shares his opinions on being a grown-up participating in the geekier side of popular culture.