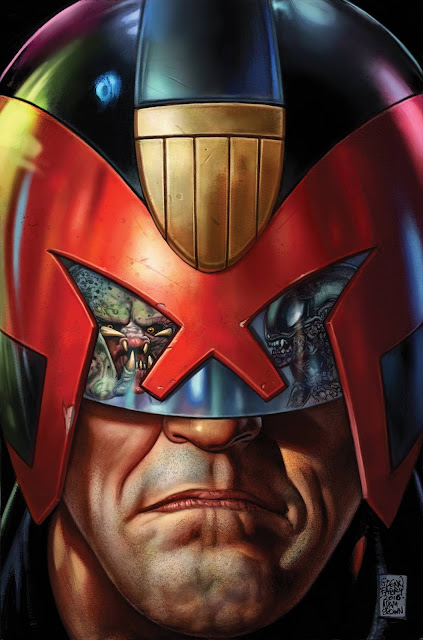 We are going into July at the time of my writing this. I'm solidly in a summer time state of mind while on a long weekend enjoying the beaches of Delaware. This series is the comic book equivalent of a great summer movie. Heavy on action and not too deep on story. John Layman doesn't waste anytime getting all the players in place to things started. I'll be completely honest I am not a dedicated fan of any of the three "players" in this three way comic book battle royale. But that really doesn't matter, you don't need to be. My surface knowledge of these different characters was more than enough to understand what was going on rather quickly. So much so that I'm confident that anyone coming into this title completely cold will be up to speed rather quickly. Layman does a good job of introducing these characters through the storytelling.

Chris Mooneyham does the pencils and inks for the artwork throughout the book and he does a solid job with the large variety of characters that we are introduced to in this first issue of the mini-series. While I'm not familiar with his work, a quick scan of the 'net shows that Mooneyham has worked on a few Predator series for Dark Horse Comics in the past. I found this interesting since I think his strongest work in this issue was the illustration of Dredd and the other judges. Either way Mooneyham work is clear and not over stylized, doing a great job of storytelling through the frames.

I'm not a reviewer who likes to recount every story point and spoil the title, especially when I get a copy so far in advance of sale. I'll leave the story for you the reader. While I don't think this title will be timeless classic, it didn't disappoint to meet my expectations. Its an easy and fun read that satisfies that kid from the 80's that is still inside of me who loves an action sci-fi story. That kid longs to have the school yard debate answered on who would win in a battle between the three. If this book continues at its current level it should be a satisfying read for others who want to enjoy that kind of summer movie action.

Look for this first issue on store shelves later this month, July 27th, 2016. 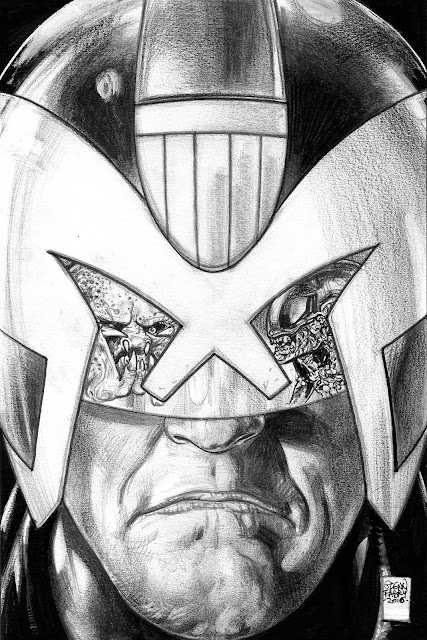 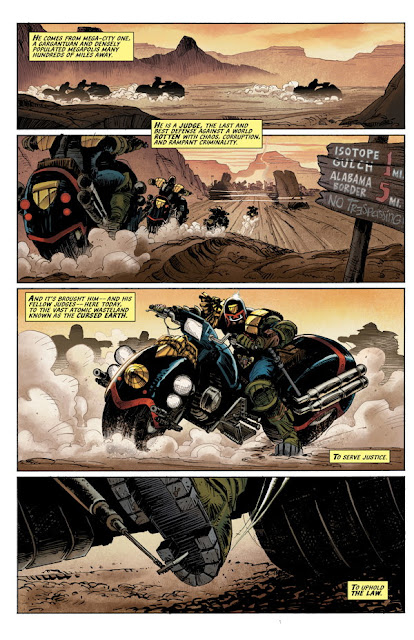 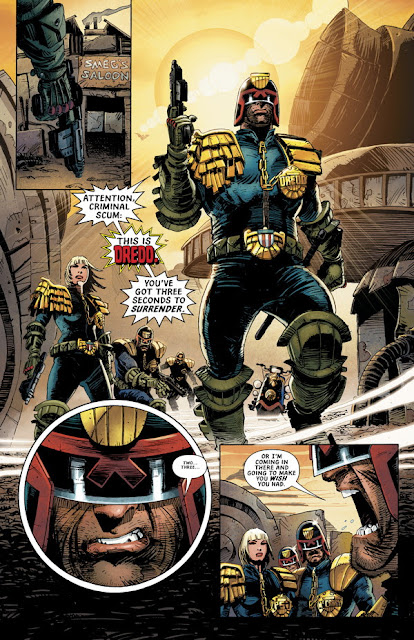 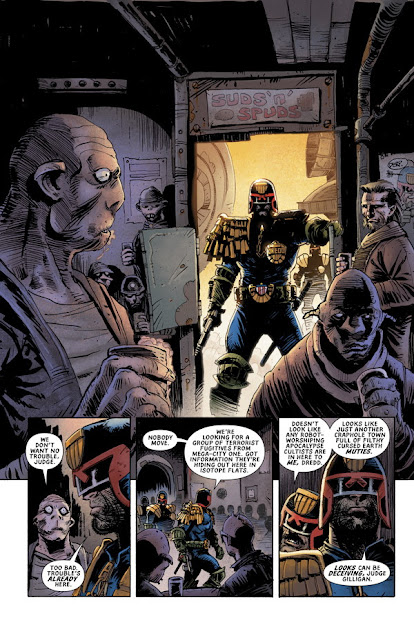 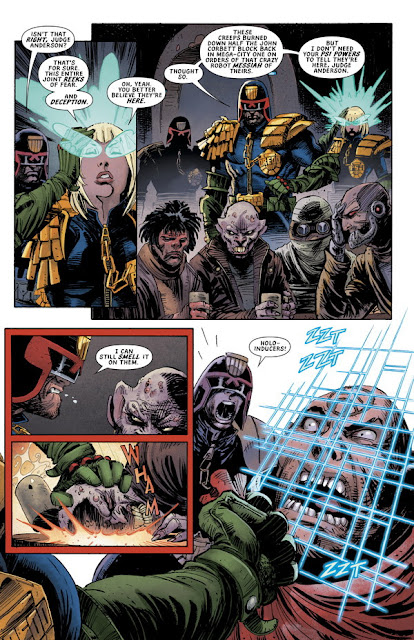 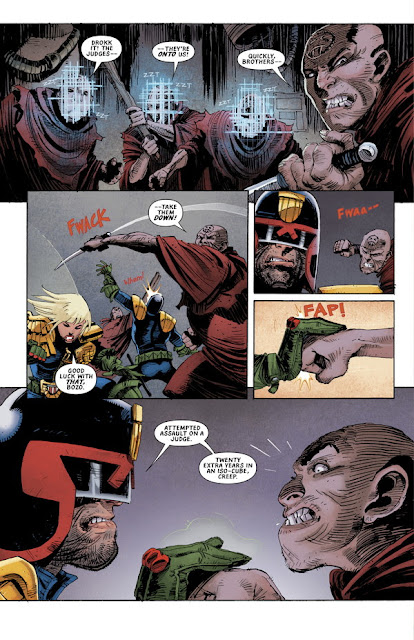