Skip to main content
Labels
Posted by The House of Bella and Baron July 07, 2016

A Viewing Experience | The Mist, The Warriors, and Me 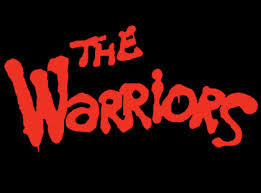 Deadline recently reported the classic cult movie, The Warriors may be heading to television complements of the Russo Brothers (Captain America: Civil War). The series will look to honor the original movie while bringing its own interpretation of the themes that made the original movie a pop-culture staple. The movie depicts the treacherous journey of a late 1970’s New York gang, wrongly accused of assassinating a rising leader looking to unite the city’s gangs, back to their home in Coney Island. The city’s other multiple gangs (a lot of theme uniquely themed) set upon The Warriors to avenge the death which leads to a fight for survival.

Back in April Deadline reported Stephen King’s novella, The Mist, was ordered to series by Spike. The series will pay homage to the initial set-up from the original novella and Frank Darabont’s movie adaptation of said novella, in which a strange mist with an enigmatic origin containing possible things of horror encompasses a small town.

If you are familiar with either of these properties, you know they have a fan base that seeps into the mainstream, maybe The Mist more so than The Warriors. Though, The Warriors received a bit of mainstream revival in he mid-00’s culminating in a video game. But, with this said it should be stated the origin material for these forays into potential serialized television is revered by a lot of folks.

A staple of criticism amongst fans of genre TV and genre Film is the apparent need by studios to go back to established material and reimagine it. Some would say, recycle it. I’ve spoken with a lot folks who hold the Spiderman reboots as an example of the entertainment industry’s laziness to take risks on new material and view it as a money grab. In regards to The Amazing Spiderman I’d agree. Unfortunately, I think it is a numbers game, and when large amounts of money are on the table, a lot studios and their distributors and network partners want to bid on safe investments. I think there may also exist a callousness towards potential audiences and to some we may be viewed as cattle just looking to make our way to the geek trough. I am also an optimist who thinks there are folks in the room who genuinely care for the material they try to create and bring to market.

I’d also argue there may be a bit of a scar from the recession that hit the U.S. in the late 00’s that feeds into the “established property = established audience” formula. I think it would also be silly not to acknowledge how the mediums in which we entertain ourselves have drastically changed in a very short amount of time. This may also lead to a sense of uncertainty. It may be obvious, but think streaming outlets like Netflix, Amazon, and Hulu- and not only how they have changed the landscape through portability, but how they have migrated from content providers to content producers. I streamed Star Wars, The Force Awakens to my iPhone at a public event that I had no interest in being at a few weeks ago. This would not have been possible to the standard consumer back in 2008. Now think about all the kids who were eight then and have turned sixteen this year. The technology river is running fast.

Technology has an apparent exponential growth rate and I’d argue (perhaps more in depth and with greater insight at another time) we don’t even understand the implications of the various mediums and channels we now have at our fingertips or how they will change the entertainment industry another eight years from now. So, when the producers of content want to go back to wells we’ve drunk from before I believe I understand why. Do I wish they’d take chances? Of course. And it would be disingenuous to suggest folks aren’t taking chances. Just check out SyFy. For all the unfair grief they’ve received from genre fans over the past decade as they’ve experimented with their own identify, they are trying to find the next Firefly.

I am a theatre guy and I am all about the experimental and pushing boundaries, but, in theatre we also embrace remakes…we are all about remounting plays (some a thousand years old) all the time. Its because the content of many, many dramatic works have dramatic structures that we as humans recognize, and they are worth exploring through the lens of new artists, new interpretations and expressions. I can’t tell you how many versions of Shakespeare’s Macbeth I’ve seen and not one of them was similar in style or interpretation to another.

Now, to juxtapose theatre with film and television isn’t fair. There is a lot happening in the experience of seeing a play that doesn’t happen when you watch a show or film. This is commentary for another time and not necessarily important to my point. And my point is this: properties like The Mist and The Warriors have remained popular with new generations because they touch something about the human experience we find appealing or worth exploring. The idea of living with uncertainty. The idea of just trying to make it home.

I also think, the reimagining of established works can not only be a healthy thing, but it can be rewarding to an audience who had an investment in the source material. Of course with fan bases you are always going to encounter a contingent who feel entitled to a sense of ownership and will self appoint themselves as gatekeepers to the material. I learned a long time ago some folks just are so close to source material that an emotional investment develops which is very genuine and very resilient and those folks will not abide infringement upon that emotional investment. I may even be a bit guilty of that from time to time. Though, I try to keep an open mind. I suppose what I have been processing as I have been writing this article is that if THEY are going to excavate the past then I appreciate the fact they have chosen two properties I believe have more story to tell. The Mist and The Warriors did more than just tell a story they built a world. I wouldn’t mind seeing what else those worlds have to offer. There’s no way of knowing as I write this today if they will be successful or not, but I am excited for the projects and I am anxious for their success. No matter what the pundits have to say. And of course the fan-boy in me is whispering in my ear,” as long as they don’t screw it up.”