Skip to main content
Labels
Posted by The House of Bella and Baron July 08, 2016 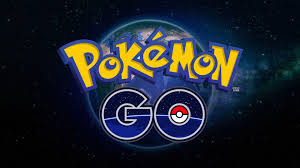 For the majority of my life I have lived (and still do) within convenient travel distance of Washington D.C. When I was a teen and younger adult I would regularly use the Metro system to transverse the capital city. I would visit the National Mall, Smithsonian Museums, and other landmarks of cultural significance as regularly as one visits a neighborhood park. I even shared my first romantic kiss on the steps of the Lincoln Memorial. I am not only well acquainted with the many things to see and do in the federal district, but I understand a lot about their history and significance; I would even hazard to say I know more than a casual tourist or pedestrian. This is thanks to my father who is a native of the city and whose family has lived within its borders for many generations.

With all of this physical access and insight I have never been inside the Washington Monument. I have walked by it on more occasions I care to account for. I have many pictures of it and even know of some of its quirkier historical facts that may not be on most folk’s radar who travel to the top to peer out the observation windows to gaze upon the grandiose landscape of “America’s front lawn.” It is without a doubt one of the (I’d argue) most recognizable landmarks of the city, and may even be more noticeable then the U.S. Capital Building or the White House if included in a collage assembled to exemplify the U.S.

I can’t explain why or give a specific reason for the indifference I’ve had to actually visiting it. It’s just the way my history unfolded. This is analogous with my experience and knowledge with Pokémon. It’s something that I understood and was informed about (in some cases this knowledge was thrust upon me while I was in states of apathy, yet it was absorbed all the same) I kind of let it exist just outside of the margins of my own geek bubble. I wasn’t necessarily cold or unkind to Pokémon; I was just not interesting in letting it in.

That changed for the first time in twenty-some-odd-years yesterday with the release of Pokémon Go. The Pokémon based Augmented Reality and GPS game for mobile devices, which may have the fastest record for generating the most internet memes in a 24-hour period, became my first entrance into the world of Pokémon.

At this point in the article I have to assume you know what I am talking about. If you don’t then visit the Pokémon website site. You’ll find everything you need to know about Pokémon and Pokémon Go there. What follows is my experience.

A launch of an application with such a strong fan base always runs the risk of issues. Pokémon Go had numerous issues out of the gate. This has been widely reported on by news outlets like Forbes, and Nerdist. I will not rehash what you can do a simple search for in your browser. I am not here to trash the application because my personal interaction with it has demonstrated the real fun and real potential this game has. I have no doubt Niantic, the developer handling the game for Nintendo, will resolve these issues and very soon people walking down the street will no longer be just reading texts or tweeting their status, but will also be searching for Pokémon to capture!

I, however, don’t think I am going to join those ranks. I played with the game over the past two days (when I was able to log in and the servers were up) and I quickly came up to speed on what I was supposed to do.

I caught my first Pokémon in my front yard. It took me a few minutes to understand how to initiate the Pokeball. But, once I figured it out I had the little guy. What I found fun about that one little experience is that when I activated the augmented reality it really looked like the little guy was hanging out on my front walk. What was not much fun for me were the very weird and distinct looks I received from the many, many neighbors who were hanging out in their front yard yesterdays while I vocalized my excitement at my success. I think their kids may have had an inkling of what I was up to. The game indicated there were two more Pokémon in my yard. (I live on a corner lot and my yard is much larger than most of my neighbors, but is also exposed to two angles of onlookers) I became self-aware of the subtle public display of unusual behavior I was engaged in and decided to wait until later. The game crashed soon after this decision and so the ultimate decision to continue would be taken from me. I tried again that evening, playing along with the tutorial guide, and trying to re-engage with the experience. I live in a very walkable community and a block from my modest urban sprawl home is a very large shopping and restaurant park. And according to the GPS aspect of the game there appears to be many cool things that I should investigate there….and then the game crashed again.

I tried again this morning and the Pokémon who were on my lawn the day before had run away. I had to run errands this morning and am sad to report I found no Pokémon hanging out at the grocery store. I would have checked more places but by Noon the game would no longer load and that remained the status quo for the rest of the day up until it loaded and informed me the servers were down.

I can’t sell this article as a review; I typically don’t like to classify my writing as reviews. That’s why I stick to the idea of “experiences” My experience, from an objective point of view, hasn’t been great mainly due to technical challenges…but that’s not to say it couldn’t be.

What Pokémon Go was successful at doing, subjectively, was getting a 40-year-old guy to actually investigate that thing that was always loitering outside his geek bubble. It changed an indifference to an interaction. In that regards I would qualify it as a success. I am not disappointed or even frustrated with my experience which provided a lack of playtime, but I also don’t think Pokémon Go needs to count me as one of its users to be a success or phenomenon. I’m okay with not trying to catch them all. But…I am going to keep the game on my phone for awhile.

For others I think its going to be a fun game and once all the kinks are out of it I think it will serve its user base well, and will also open the door to more augmented reality games. Our mobile devices are getting more powerful each year and while Pokémon Go isn’t certainly the first of its kind, it has set a new bar of potentiality.

My only true complaint, waiting in the wings, is if Pokémon will show up in my classrooms this Fall while I am lecturing to my freshmen and sophomore college students. The first time someone catches one of the little guys or gals in my classroom might bring me cause to reevaluate my current thoughts…

It was fun to have Pokémon inside my geek bubble ; I think I might just try to visit the Washington Monument this summer.