I remember being very excited about the Dark Horse superhero line when it was first introduced in the 90's under the Comics Greatest World imprint. I followed a few of those titles for awhile. Ghost and X are two that come to mind immediately. Though I think I bought the first couple issues of Barb Wire I didn't stick with the book for whatever reason. I was a senior in high school at the time, I had a lot going on I'm sure so who knows what my reasoning was. I'm guessing it was reaching a fatigue point with the large volume of "bad girl" books that were flooding the market at the time.

I had an opportunity to read the first issue of the new Barb Wire series due for July 2015. I didn't have much in the way of preconceived notions or expectations for this book as I usually do when a series or character is brought back after a long hiatus which was refreshing. I did notice that Chris Warner, the creator of the Barb Wire, was doing the writing chores on this issue which is kind of cool. This had me curious on how different his take was going to be on the character.

To start with, the cover is amazing. Adam Hughes is still on the short list of my favorite artists. As much as I enjoy his covers I wish he would do the interior more often as well. But I take whatever artwork of his I can get. So I'll probably be buying this issue once it hits the shelves so I have this cover in my collection. The story and the artwork on the inside are solid as well. Barb Wire was immediately familiar to me from what little I remembered as a teenager reading this character. At the same time the story is a great introduction to Barb for those who have never read the books. Her jobs as both a bounty hunter and a bar owner are presented well along with the challenges both roles bring with them. Patrick Olliffe's artwork is up to the task for sure, I'm familiar with Olliffe's work from back in the day with Adam Warlock and the Infinity Watch but I hadn't been reading anything he's worked on since. Its cool to see he hasn't lost his touch.

Overall, I'm liking the first issue. Barb has been updated well without sacrificing her original characteristics. I'm glad to see Dark Horse continuing to give these characters another chance. 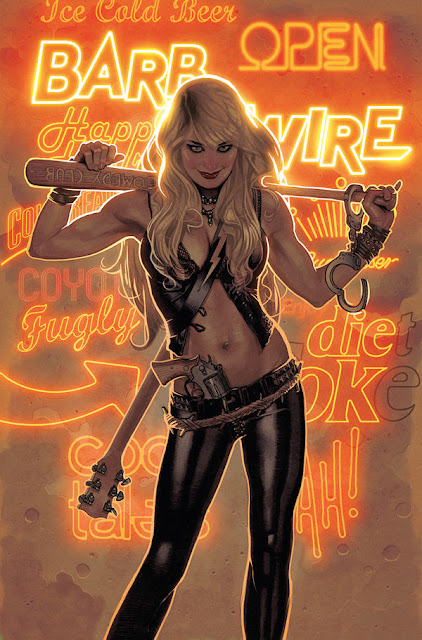 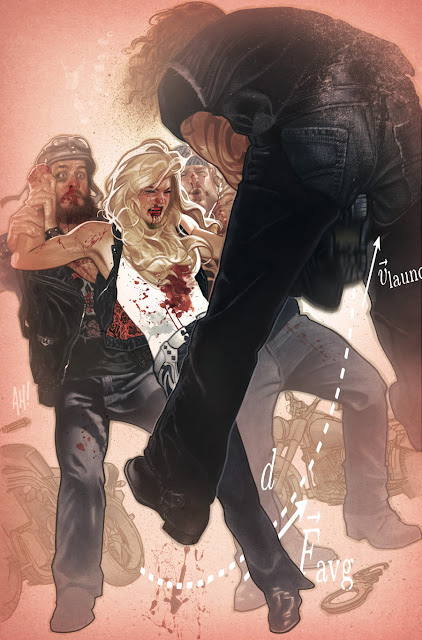