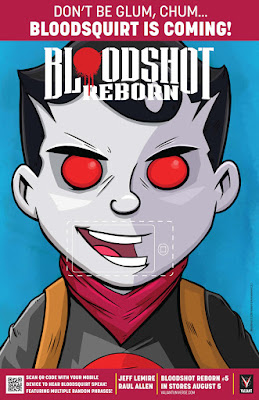 I can't read everything I have an interest in. There just isn't the time in the day for me. That is a pretty crappy thing to say since running this blog is one of my jobs, but I just can't do it. HOWEVER... Bloodshot Reborn just shot to the top of my priority list with this preview. This is a standlone story for Bloodshot and it includes him paling around with a cartoony buddy call Bloodsquirt. In the tradition of other great cartoon buddies, like Batmite for instance, this story looks like a good time. This will be out August 5th and I think its worth a look. As per always here is the official write up from Valiant:

On August 5th, Bloodshot and his lil' buddy Bloodsquirt are teaming up for a mind-bending jumping-on point unlike anything else on the stands!
Valiant is proud to present an advance preview of BLOODSHOT REBORN #5 – an essential standalone issue at the heart of the year's critically acclaimed new ongoing series from New York Times best-selling writer Jeff Lemire (THE VALIANT, Descender) and special guest artist Raul Allen(Hawkeye)! Enter the hallucinatory world of Bloodshot's demented cartoon sidekick as Bloodsquirt takes charge for trip into a realm beyond our own reality…a realm populated by other dark reflections of the Valiant's greatest heroes…a realm that some dare to call the Squirtverse!
The memories of the thousands of people he killed as Bloodshot aren’t the only things that haunt Ray Garrison. For months now, the specter of the Geomancer and a nightmarish cartoon known as Bloodsquirt have tormented him at every turn. First, on his television…and now in the real world…where Bloodsquirt acts out twisted fantasies that darkly mirror Bloodshot’s own violent past. Are these apparitions real or a just figment of Bloodshot’s broken psyche? And just who are the other members of Bloodsquirt’s “Squirt Squad”…and what could they possibly be planning next?
Don’t be glum, chum…because, on August 5th, Bloodshot and his bloody little buddy Bloodsquirt are locked, loaded, and ready for action in BLOODSHOT REBORN #5 – featuring covers by Raul Allen(RAI), Mico Suayan (BLOODSHOT REBORN), Dave Johnson (100 Bullets), and Kano (THE DELINQUENTS)!
Plus: see Bloodsquirt come alive with the BLOODSHOT REBORN #5 QR VOICE VARIANT! Use any QR code smart phone application to activate Bloodsquirt’s fully animated talking action – featuring seven, randomly alternating lines of dialogue voiced by Valiant letterer Dave Lanphear! Featuring artwork by newcomer Jay Fabares, look for this one-of-a-kind animated cover on shelves withBLOODSHOT REBORN #5 on August 5th – and try it yourself with BLOODSHOT REBORN #5 QR VOICE TALKING POSTER, arriving in comic shops everywhere this July!
For more information, visit Valiant on Facebook, Twitter, Tumblr, and at ValiantUniverse.com.
For Valiant merchandise and more, visit ValiantStore.com. 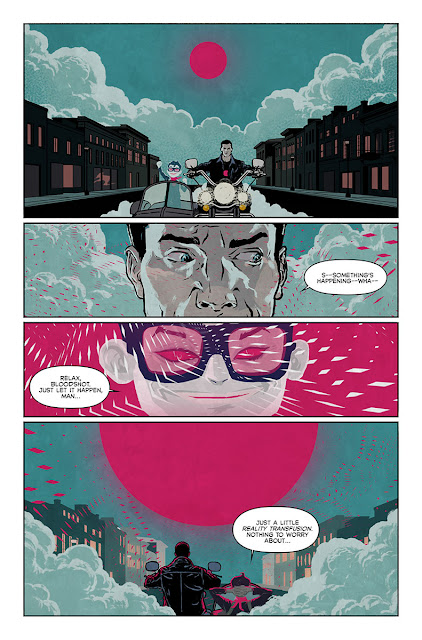 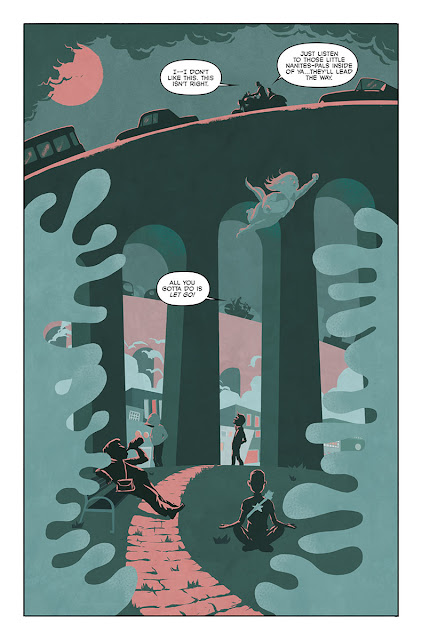 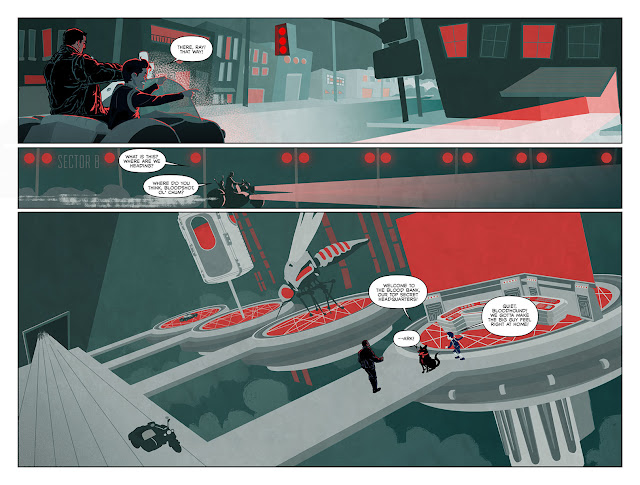 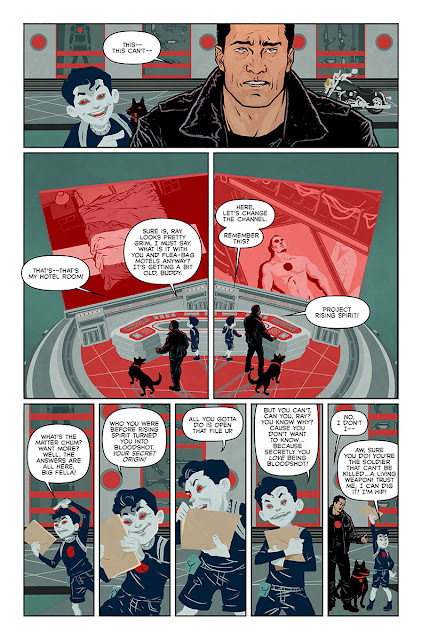 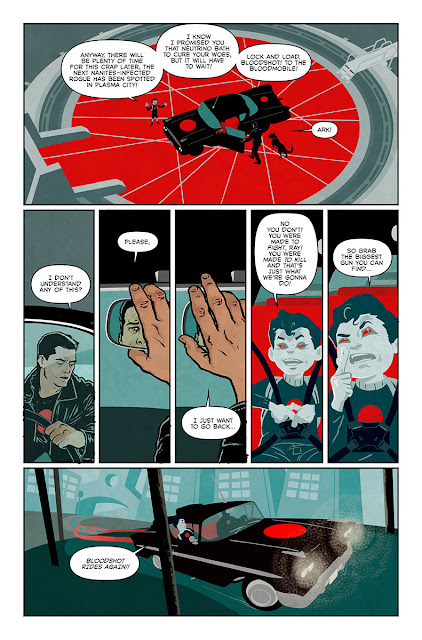 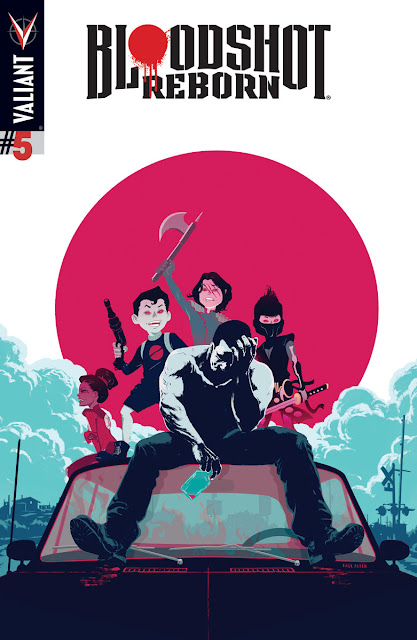 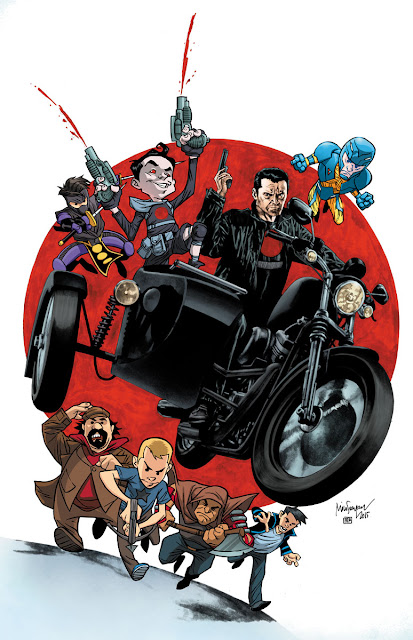 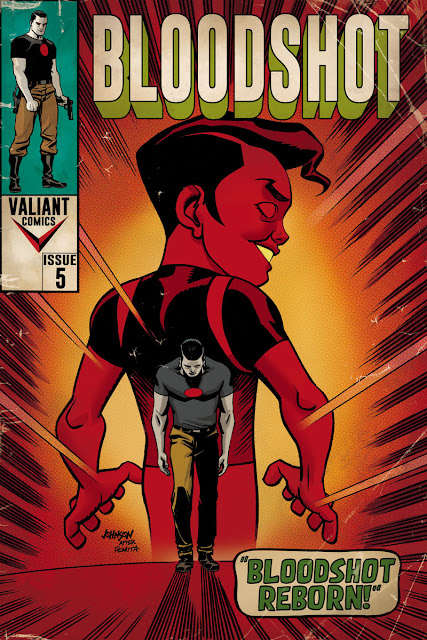 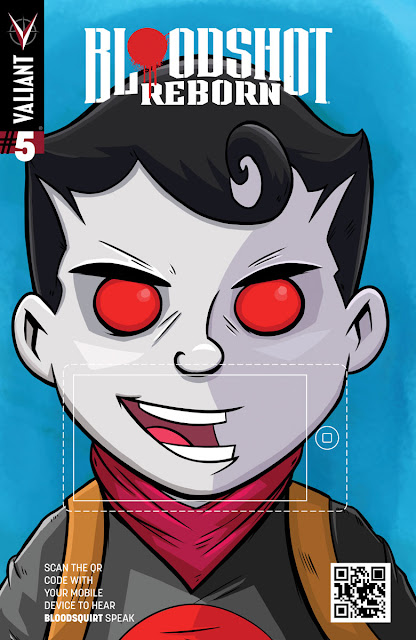