Skip to main content
Labels
Posted by droracle May 27, 2015

I wasn't big on the Age of Ultron mini-series and I think the Marvel Zombies concept got a lot more distance than it deserved. However, with that said, something about these two concepts clashing on one of the Battleworlds appeals to me. Evil Robots versus Undead Marvel Heroes & Villains.. sure sign me up for an issue, I'll check it out.

In the southern wastes of Battleworld, a never ending battle rages on. Two unholy factions of cold machines and rotting zombies wage war for supremacy. Today, their conflict reaches another level of horror in your new look AGE OF ULTRON VS. MARVEL ZOMBIES #1! Eisner award winning writer James Robinson and critically acclaimed artist Steve Pugh take you beyond the Shield – and show you a new reason to fear! Here, on the far side of Battleworld’s impenetrable barrier, all hope is lost. These festering wastes on the border between two domains are where the genocidal robotic armies of Ultron fight the endless hordes of flesh-eating corpses. Pity those poor souls trapped between these unstoppable forces, for their demise is definitely assured! Will you choose death by the super powered living dead? Or by an unending army of indestructible, undefeatable robots? One thing is for certain, neither demise will be quick or painless!

The Vision, Wonder Man, Jim Hammond, and more brave these apocalyptic hellscapes in search of sanctuary, and for survival. Can they make it out alive? One thing is for certain, whoever wins – we lose. Don’t miss the explosive first issue of AGE OF ULTRON VS. MARVEL ZOMBIES #1 on sale this June! 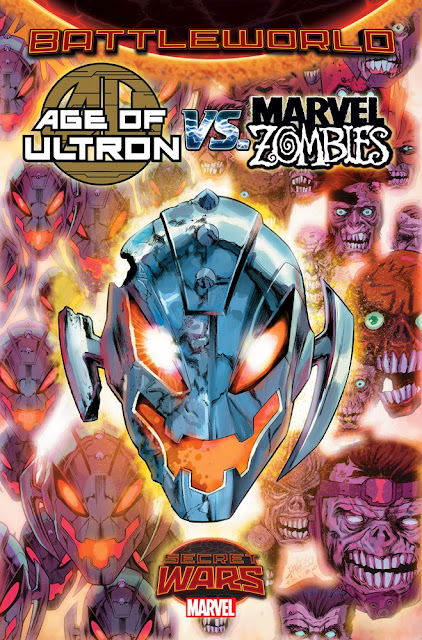 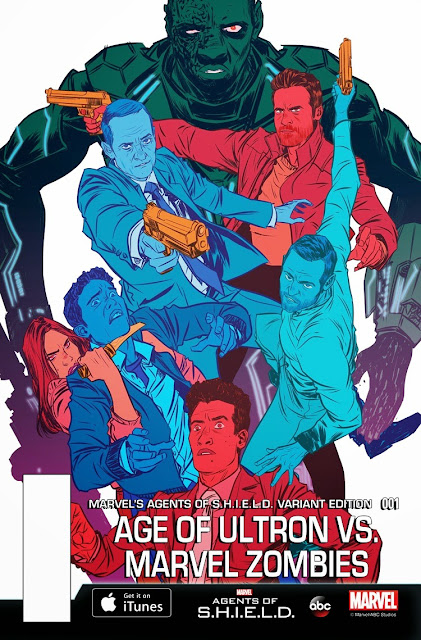 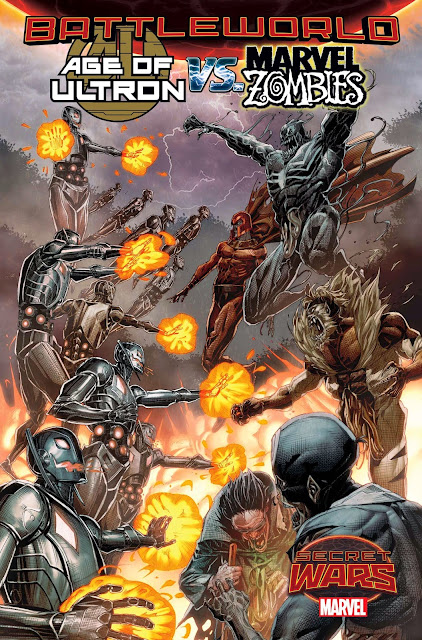 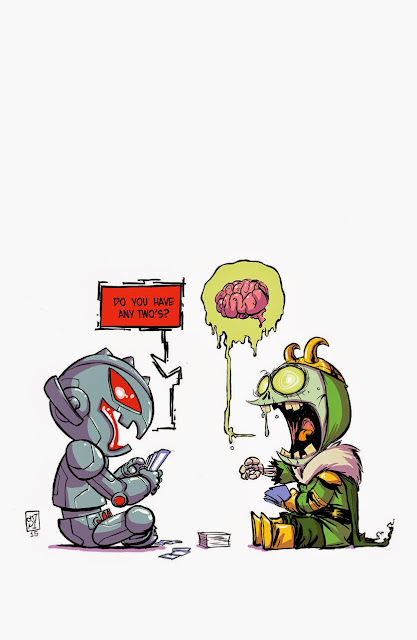 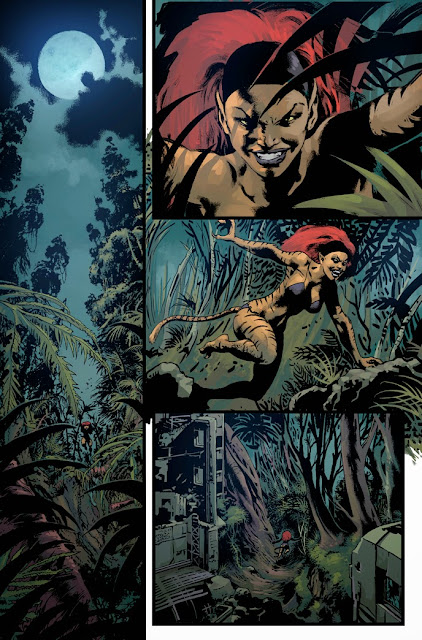 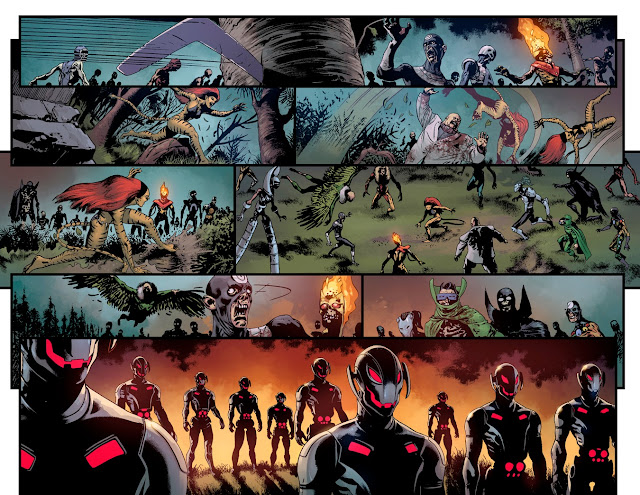 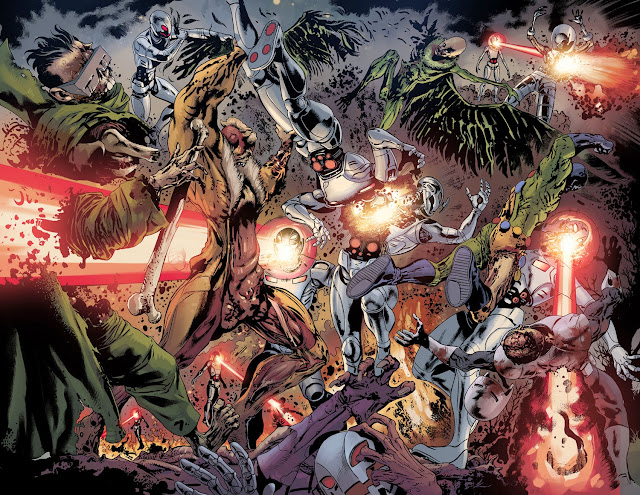