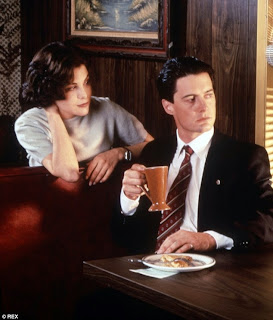 We all know Hollywood is not mass producing original movies or ideas. This summer everything seems to be a sequel or some sort of revived franchise. This past month alone, there have been numerous announcements of revived television shows or movie franchises. However, the original actors and producers have been returning along with the project. In the past couple of weeks, news of principal actors from Alien, X-Files,Batman ’66 have set to return. Twin Peaks is also coming back to Showtime, picking up where the series left off in the 90’s. This trend with actors revisiting past work may be caused by fan excitement generated by Star Wars Episode 7. The news of the three principal actors returning to the series after 32 years has opened the doors for other actors to revisit popular characters they have played in the past. With Netflix and countless other streaming services, show executives and original actors are seeing potential distribution paths and revenue streams, without the constraints from the studios. Network TV is quick to adapt this trend because of increasing competition. Fox had a hit with a new season of 24, which setup the return of X-Files. This isn't limited to science fiction, action and comic book genres. It is being reported new versions of “The Muppets “, “Full House”, "Coach" and "Ducktales" will be returning next year. The latest reports have indicated that Uncle Scrooge may still be in final contract negotiations, but the rest of the Ducktales cast is set to return. image courtesy of @Rex
Labels: movies Television