In a move that would only make George Lucas proud, it was announced Tuesday that the Star Wars films will be available for digital download for the first time on April 10th. Unfortunately, the films will be released in their 1997 Special Edition / 2012 Blu-ray versions. Disney has continued the time-honored tradition of fan hating. In 1997, George Lucas released the special editions and methodically purged copies of the original versions of the film. Currently, the only source to view the films in their original versions is through Laser Disc, VHS THX editions and a special edition DVD extra. There is an alternative digital version of the original movies, known as the Despecialized edition by Harmony. This version of the film preserves the original trilogy in exceptional editing and coloring jobs. If you are a Star Wars or just a film effects buff, this 11 minute documentary is really worth watching. We may not be able to tell you how to get your hands on this, but somewhere in a galaxy close by on the web you can find it. 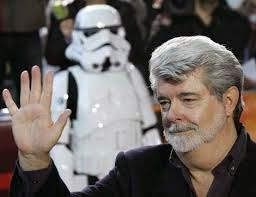