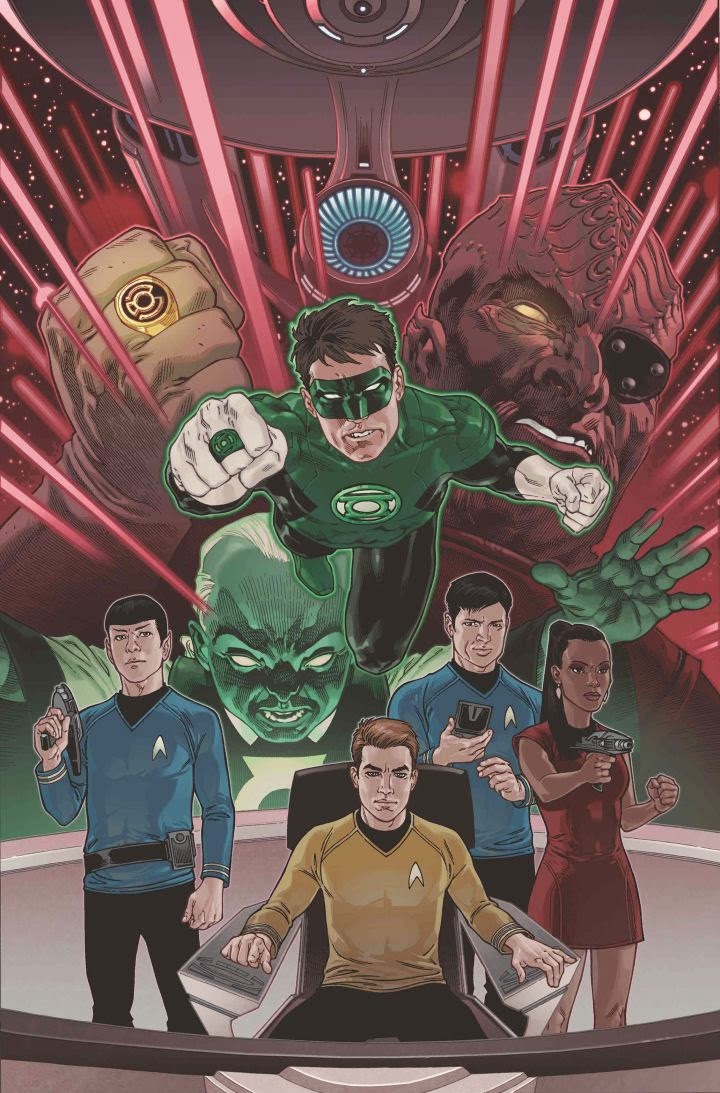 Well, it's happening, a series no one was anticipating and not necessarily waiting for.

It was recently announced that Green Lantern and Star Trek are getting the crossover treatment with DC and IDW teaming up to make the fantasy a reality.

“We’ve looked forward to bringing these two iconic universes together for a long time, Star Trek and Green Lantern both share so many of the same science-fiction adventure themes and ideals, that a galaxy-spanning crossover like this is simply…logical.”

Green Lantern is a personal favorite of mine, combining galactic adventures with dire conclusions. Star Trek always had the camp feel that made it more tongue and cheek. I hope I'm wrong, as I don't like to see the Green Lantern brand dragged through the mud. I guess its the wait and see approach on this one.