Ryan Reynolds is a Prankster

Fox Studios has confirmed that the upcoming Dead Pool film will be Rated R, after an April Fool’s joke by Ryan Reynolds suggested the film would be given a “PG-13” rating . April Fools, HA HA HA what harmless fun !!! In my opinion, Ryan Reynolds is not a believable action star which he proved in Blade 3, Safe House and of course Green Lantern. Ryan is not a marketable action star who brings seriousness to an action role that can create possible franchises. Marvel is consistent with their continuity, so when it was announced Reynolds would reprise his role as Wade Wilson (aka Dead Pool) from Wolverine Origins many fans had a mixed reaction. Ryan was not very good in Green Lantern, but the whole movie was flawed. Marvel has seemed to crack the formula that balances story , action and comedy into their movies. So maybe Reynolds will perform well as Deadpool , under the supervision of Marvel Studios. I would like Reynolds to take the film seriously instead of his comedic overacting in action films. I do like Ryan Reynolds in comedies like “Just Friends” and “Van Wilder”, which he was excellent in. But his desire to be an action star is perplexing after so many failed attempts. But we have to ask ourselves when will the Ryan Reynolds project be over ? I just heard he was being casted as the new Indiana Jones…JK… April Fools!!! 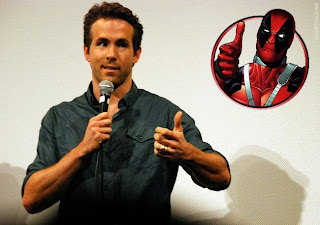