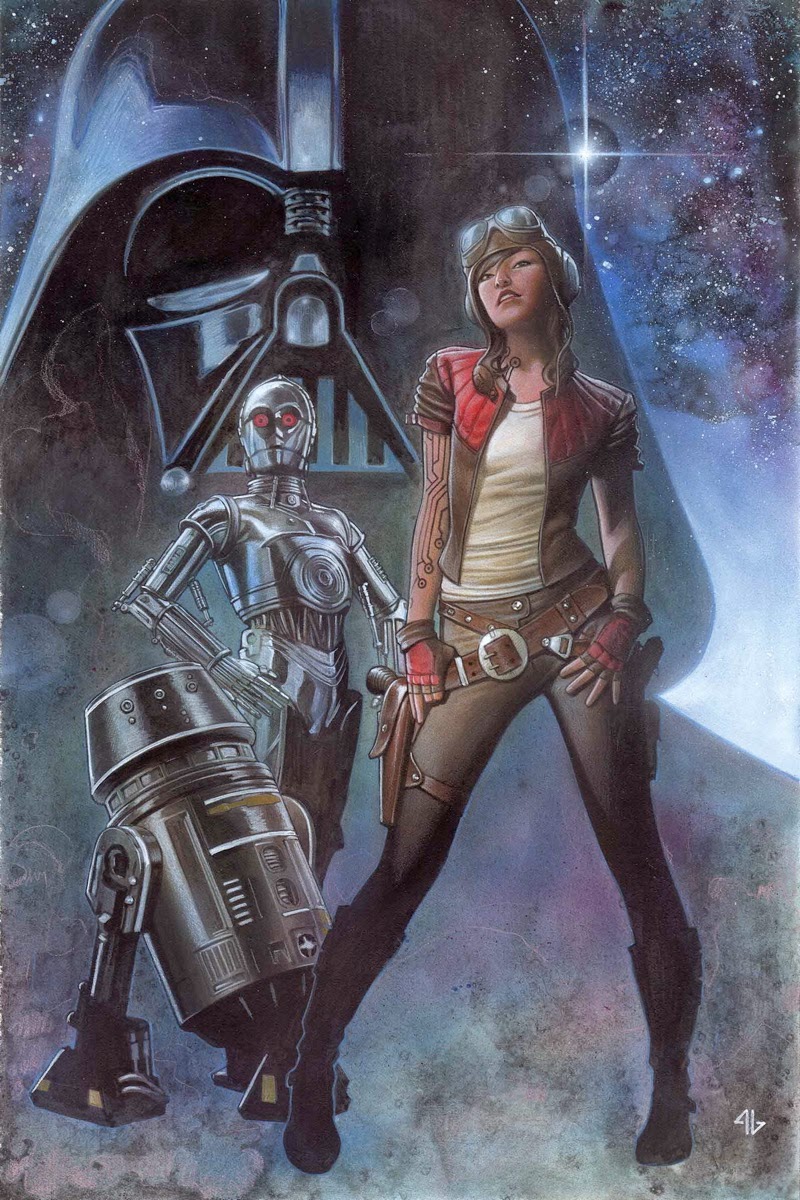 At the end of Star Wars: A New Hope, it is pretty clear Darth Vader  has screwed up ROYALLY. I mean sure he cut down Obi Wan Kenobi, but that victory rang fairly hollow. That old man wasn't really do anything to hamper the Emperor's plans. No Vader failed. The movie was a series of Vader failures. He failed to defend the Death Star from destruction at the hands of the Rebels. He failed to retrieve the data file with the Death Star plans on a couple of occasions. For these reasons it never made sense to me that Vader was essentially promoted to leader of the Imperial Navy when we come to The Empire Strikes Back. That sort of promotion is not the Emperor's style for a sith apprentice who has failed him so often in a short period of time and in such a spectacular fashion.

The Darth Vader series from Marvel focuses on this time period immediately following A New Hope. Through the story we are seeing how Vader redeems himself, rebuilt his reputation and standing in the eyes of the Emperor. I'm loving every minute.

Here in issue 3, Vader is starting to gather his own resources and allies outside of the Empire. In this process we are introduced to three new characters that I and many readers on the Internet have had an instant appreciation for. We have the dark counterparts to C3-P0 and R2-D2, in the form of Triple-Zero (0-0-0) and BT-1. Triple Zero is a protocol droid who lists torture amongst his skills and BT-1 is a murderous astromech style droid similar in stature to R2-D2. I loved the portrayal and personality of these droids. Anakin relied on his droids quite often before turning to the dark-side, so its very cool to see him relying on the help of these droids as a resource.

The character who put together these corrupt  doppelgangers of our beloved droid duo, is one who I anticipate seeing replicated in cosplay a lot this convention season. Her name is Dr. Aphra, a rogue archeologist who specializes in lost and unique weaponry, like the two droids I was talking about earlier.  A great rogue counterpart for Vader who should continue to make thing interesting.

Salvadore Larroca's artwork was again perfection for this issue as it had been for the other two before it. Meanwhile Kieron Gillen is delivering a great storyline and adding dimension to a character that we've known for so long, but has really been portrayed as very one dimensional. We know so much of what tortured Anakin leading up to being Vader. But once he became Vader we only really see him as a tool of the Emperor and a dark enforcer of the Empire, without getting too much of what continued to gone within the mind of the man behind the masks. Gillen is giving us a peek into this that is very satisfying. I've had some difficulty picking these books up in print. But if you are remotely interested, they are worth buying digitally for sure. This is a solid comic story and a shining example of what Marvel is bringing to the table now that Star Wars is back under their wing.
Labels: comic reviews comics Darth Vader Marvel Comics Star Wars