Rafael Alberquerque’s Batgril #41 Variant cover is causing a controversy among social media users for suggestively objectifying women. To some fans, Batgirl the title’s main character, is depicted being “victimized” by the Joker. It should be noted that the Joker plays a prominent role in Batgirl’s story, especially in the “Killing Joke” story line. Many fans have been praising the cover as capturing the Joker as a true monster and staying true to the “Killing Joke”. 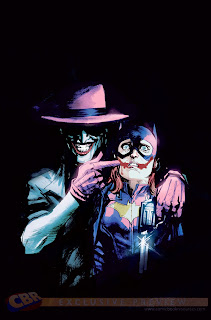