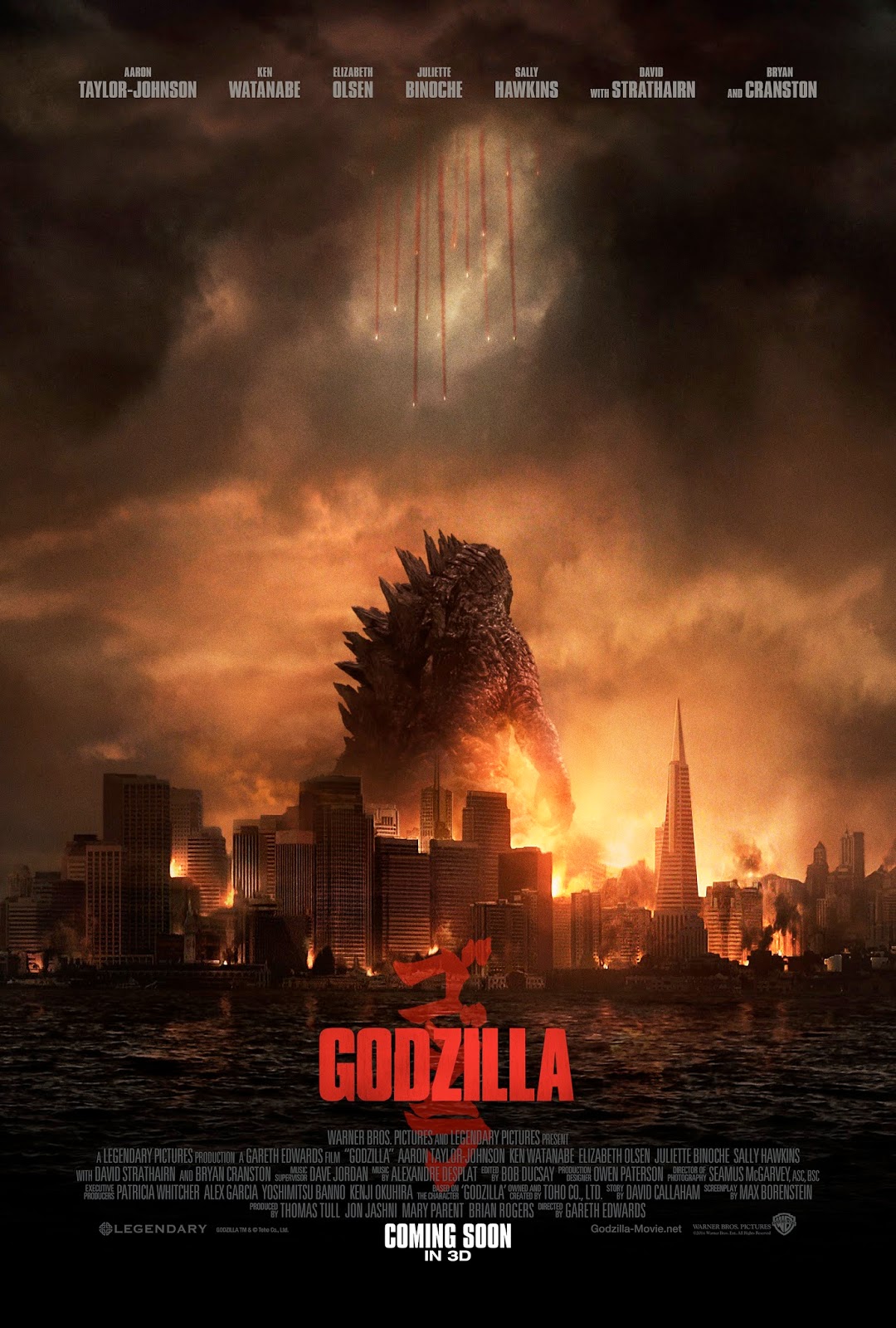 The official Godzilla trailer came out today online and it is just insane. We get many views of parts of the monster giving us a good idea of the scale of this particular Godzilla, which is the biggest version EVER far and away the biggest. We've got Brian Cranston as one of the lead characters trying to expose this creature for what he is since from the sounds of it Godzilla's destructive path so far has been covered up with stories of natural disasters. At least that's what is appears to be when I watched it the first couple times. I have to watch this a few more times to try to suck in all the details I can glean.

Either way this movie trailer is off the hook! Continuing a great time for giant monster movies, after last year's Pacific Rim (which I enjoyed) I'm ready for the King of Monsters to roar back onto the big screen.