Empire, one of the coolest entertainment magazines out of the United Kingdom, is publishing its latest issue with 25 different covers. Each cover featuring a character from the upcoming film, X-Men: Days of Future Past. I've got to subscribe to this magazine. All of the cool magazines seem to be published in other countries.

I'm in the camp of folks who enjoyed X-Men: First Class a great deal. So, I'm more than a little interested in this next entry in the X-Men film saga. I'll even take some of the rather big changes they are making from the comic book story of the same name if its a quality flick. Overall the character designs don't offend me, with the big exception of Quicksilver, yech. I am really digging on their take for the robotic mutant hunting Sentinels. 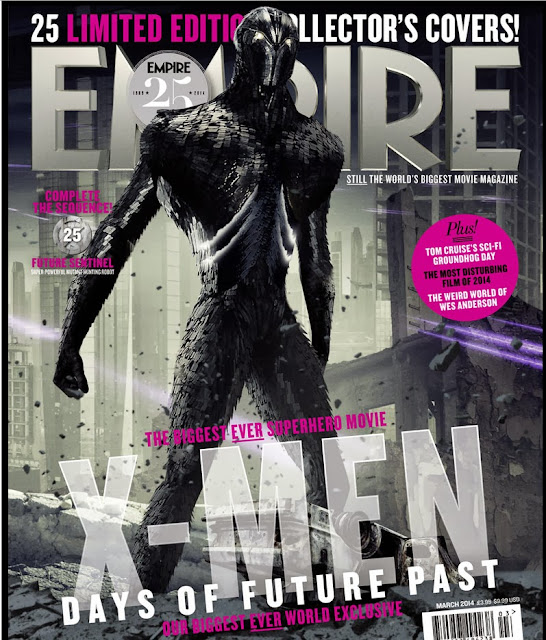