The purchase of Lucasfilms by Disney conjured all kinds of possibilities in the heads of geeks around the world. One of the top dreams come true is the fact that Disney plans to put a seventh Star Wars film in theatres in 2015. This alone was great news, especially with the Michael Arndt being brought on as the screenwriter. Arndt was the screenwriter for Toy Story 3 and for Little Miss Sunshine, two movies that are both amazing. Now that official word has come from Disney that J.J. Abrams is to be the director for Episode 7 my high hopes for this next episode are maintaining their altitude. I know there are some reservations by a few since Abrams is also directing the Star Trek films currently. I personally think any danger of these two franchises getting muddled in anyway by having the same director is ridiculous. Honestly right now my main concern is that Abrams keep the lens flare to a minimum.

I'm also excited about the level of the special effects in these upcoming films. The blending of Disney/Pixar technology paired with the Jedi at Industrial Light and Magic is a mind-blowing prospect. 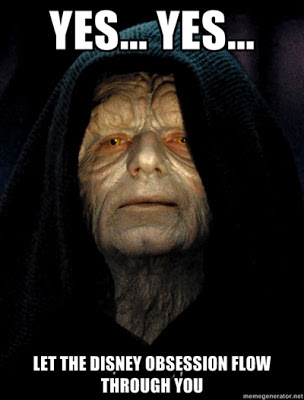