Okay I'll admit I'm behind the curve on this book. I haven't read it, but I'm going into the stack to get the last few issues so I can get up to speed. This book looks great! These guys at Valiant continue to impress. Here is the official write up from Valiant:

Shadowman #4 from the acclaimed creative team of Justin Jordan (The Legend of Luther Strode) and Patrick Zircher(Captain America)! The final chapter of Shadowman's first adventure in the Valiant Universe is almost upon us… Can he survive his first journey through the darkness that is the Deadside?

Master Darque's grand plan for Jack Boniface, the new Shadowman, has finally reached critical mass. Ripped away from the earthly plane, Jack and Darque's monstrous foot solider, Mr. Twist, now must battle to the death. Everything hangs in the balance… For Jack, for his mysterious new acolytes in the Abettors, and for the world as we know it… Because if Twist succeeds, then Master Darque will walk the Earth once more. 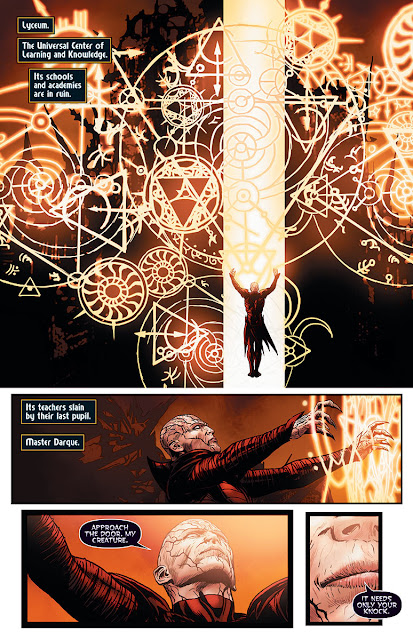 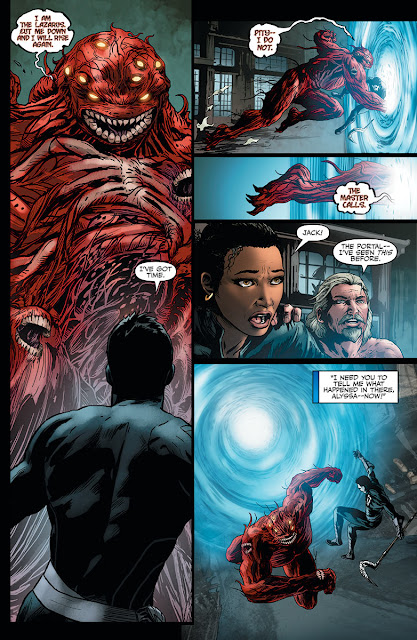 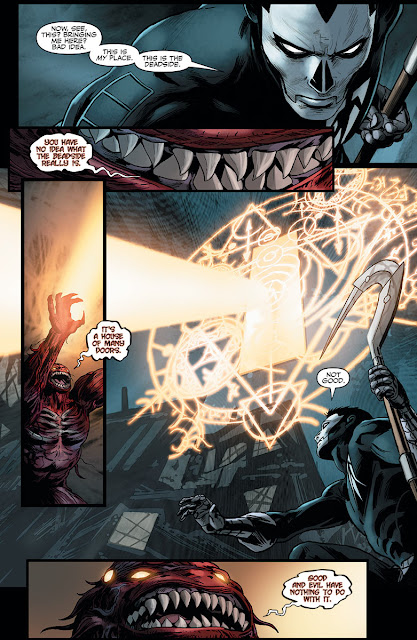 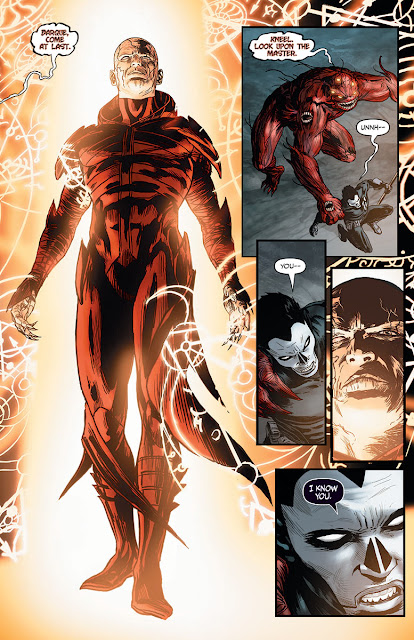 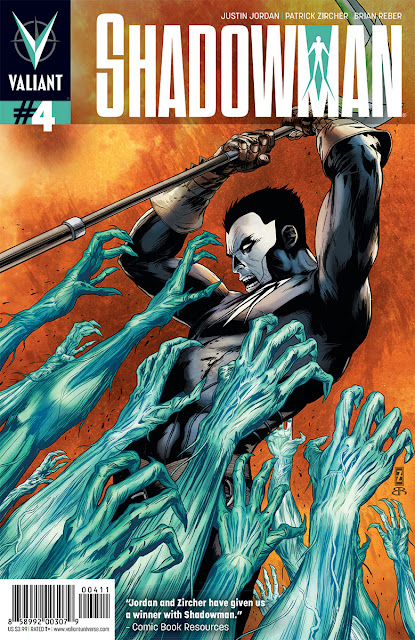 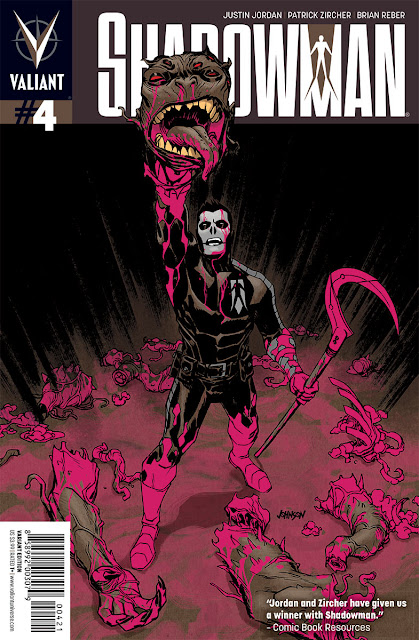