With every week more is revealed about what is coming up from Marvel with their Marvel: NOW initiative.  A lot of series are coming to a close with new titles replacing them starting this fall. Below is the cover for the first issue of the new Hulk series, titled The Indestructible Hulk. Mark Waid will handle the writing duties with Leinil Yu handling the artwork. This series will kick off with the Hulk and Banner working with S.H.I.E.L.D. which already sounds like a cool change up for this character. Working with one of the main organizations that has tried for many years to bring him down, control or kill him instead of against them is the kind of status quo rattling that should make Marvel NOW fun to read. Plus I'm loving the creative teams that have been selected to start these series off so far. 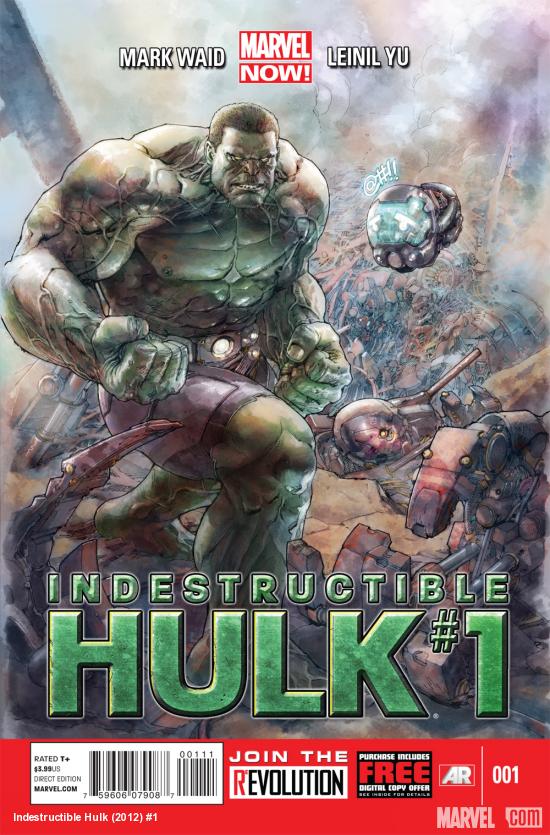