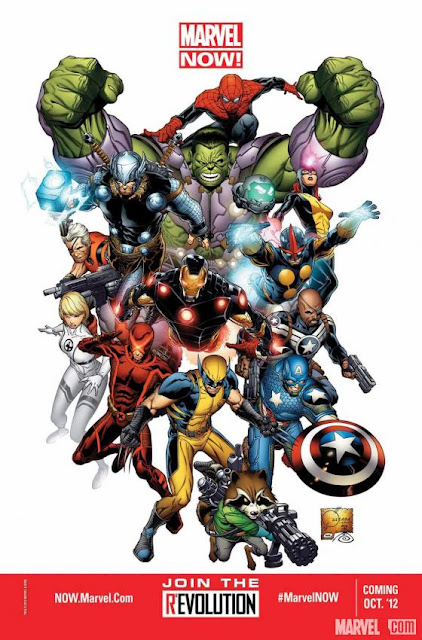 To those who follow the popular superhero comics its not news that Marvel will be realigning and making major changes to their universe of heroes. Not in the same manner as DC did around this time last year after their Flashback summer series with their New 52. DC Comics essentially hit the reset button on their universe essentially starting up a fresh new continuity. Marvel, in the wake of their Avengers versus X-Men summer mini series, sound they are more interested in bringing about a new beginning by shaking up the status quo instead of throwing out old continuity and starting fresh. Characters that didn't often work together will be on teams together. New characters will be coming to the forefront to fill in the roles held by others previously. One of the characters at the forefront will be a son of Nick Fury, wearing the same uniform that was worn by Steve Rogers while Bucky Barnes was filling the role of Captain America. Fury Jr. bears a striking resemblance to a the film version of Nick Fury played by Samuel Jackson, just younger.

New titles that will be coming out this year include teams that will meld the often separate teams of the X-Men and Avengers. In Marvel Comics the X-Men always seemed so seperated from the rest of the heroes in the Marvel Universe with some exceptions. I mean it was a huge deal when Wolverine joined the Avengers. I don't remember another X-Man joining the Avengers since the Beast became a member in the 1970's. Having more interactions between these characters offers a lot of potential, and its the kind of shake-up that I like to see. It builds off of history and continuity that has been established and goes counter to the status quo.

A year later I've got to say for the most part I haven't seen DC's new 52 as an improvement on the DC Universe. It comes across with the feel of Marvel's old Heroes Reborn experiment, which happened to have some of the same creators leading the initiative in Jim Lee and Rob Liefeld. Either I'm angered by the disruption in the storyline of characters I enjoyed before, Batman being the prime example to me. Or some characters/teams I enjoyed are lost the Justice Society for example was a favorite comic of mine will never come back in a form comparable to the past. My point of view might be a rare one. I enjoyed reading adventures with the original Flash and original Green Lantern. I actually grew up reading stories of those characters as reprints in books that my father would give me. These stories from the 40's were my first real introduction to comic books and laid the foundation for my love of the medium. So its saddens me to see these characters scrapped. The Earth 2 Flash and Green Lantern only share names with those characters and that's where the connection ends in my view. For all the planning that went into the DC 52, it still comes off messy to me trying to figure out what's kept from the past universe and what's new, and their are things I just don't understand. I came to the DC New 52 with an open mind, but as its worn on I just don't find most of what's offered to be that much fun to read, so I'll be letting my subscriptions run out at the end of 12 issues.

I like the potential that is here with what Marvel is attempting and I like the creative that is on board for these titles, so we'll see. 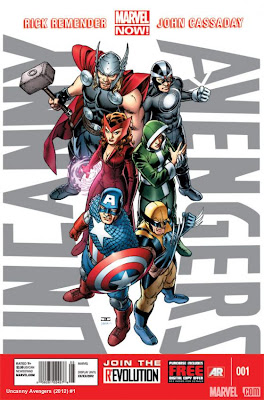