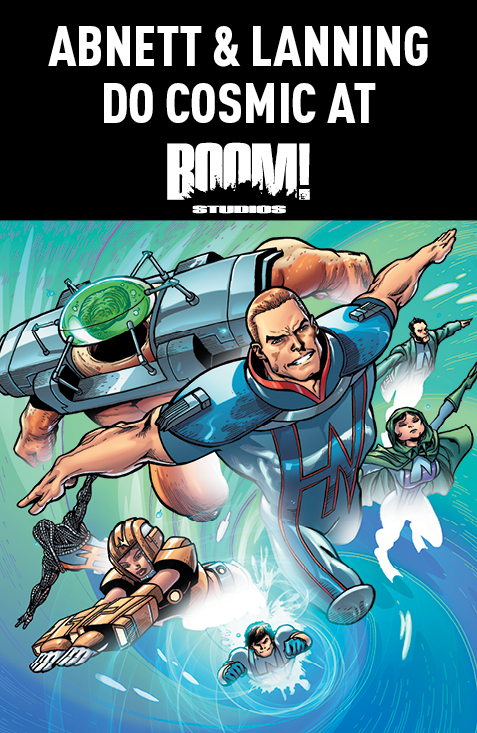 Dan Abbnett and Andy Lanning are known for the creating some fantastic cosmic level superhero action from their popular run at Marvel with the Guardians of the Galaxy series. I also loved their work on the Thanos Imperative  and the Annihilation event series. Essentially this team gave Marvel's cosmic heroes a major shot in the arm. So to hear that they'll be doing a new cosmic hero book with characters of their own creation, sounds great to me.

The only uphill climb for me with the Hypernaturals will be this time I won't be revisiting old favorites or enjoying the recreation of characters I've had a soft spot for as I did with the Marvel cosmic books that this duo put out. I mean lets face, having Rocket Raccoon in a regular monthly series was awesome to me. Since I've liked most of what Abbnett and Lanning have put out in the past I'll give this look for sure.
Labels: Andy Lanning Boom Studios comic books Dan Abbnett Hypernaturals superheroes