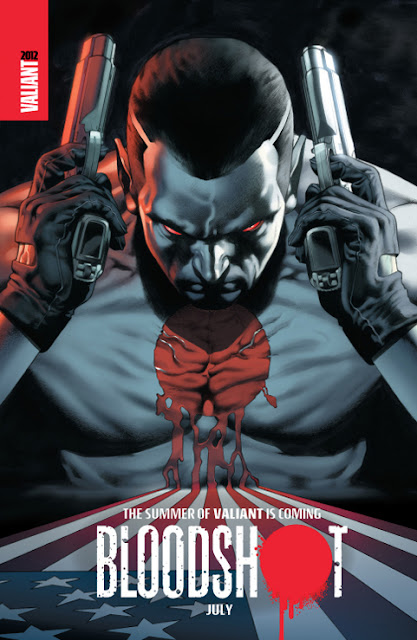 Valiant is continuing its "Summer of Valiant" announcements dropped this one on us today. The return of Bloodshot to comic books. Blood shot was in the news last week when it was reported that Sony has optioned the Bloodshot property for a film. This image shows a character identical in appearance to the Bloodshot from the 90's. There were a couple versions of the character, but both involved him being a skilled killer who is unwillingly subjected to nanotech experimentation. After these experiments he now has nanites controlling his various bodily systems including everything from adrenaline levels, increased healing factor, increased strength and agility. Its a cool concept.
Labels: Bloodshot comic books superheroes Valiant