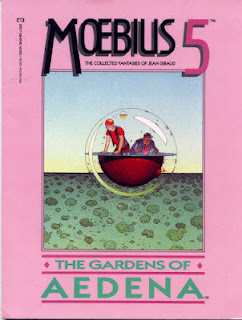 Jean Giraud, known also as Moebius, died March 10th, 2012 from cancer. In a year that has already taken some big losses in the field of illustration this particular one hits me a little harder. I first became aware of this French artist's work ironically after coming back to the USA after living in Europe for three years. Upon coming back to stateside it was the first time I got to experience a dedicated comic book store. Until then I bought my books off of newstands or from a bookstore's magazine racks. The MOEBIUS series through Marvel's EPIC comics label that published  his works in a series of collections(and by the way, Marvel is way over due in needing to bring back EPIC as a brand).

The artwork was so detailed and the settings often so completely alien to me who up until that point had only a steady diet of superhero comics along with a some Harvey and Archie books to add to the mix. I honestly didn't know that comics could look this way. It was such a broadening of my already active imagination and the potential of the medium. It was almost to comic books what Star Wars was to film for me as a kid. Only after his passing did I realize that Jean Giraud also helped design the styles for some of my favorite films such as Tron and The Fifth Element.

Jean Giraud left behind a lot of works for us to enjoy for generations to come. Its just hard to accept that the gifts from such a uniquely talented and imaginative man are coming to an end. Jean Giraud is one who is more than deserving of the description of visionary. He'll be missed for sure. 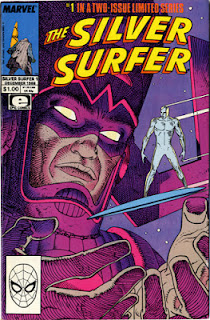 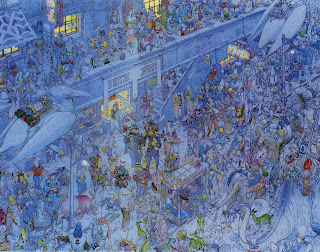