Yesterday DC Comics revealed the Earth-2 version of Batman, today on their blog they show us Kevin Maguire's design for the Earth-2 Robin. I am beyond thrilled that DC Comics is giving us back Earth-2 and I'm really happy with the attention and thought that's being given to the concept so far. The alternate realities of the DC Universe are part of what made it such a fun place to read about. According to the blog write up, this Robin is Helena Wayne, before she took on the mantle of the Huntress on Earth, she was the Robin of Earth-2 fighting crime and training alongside her father.

I am impressed how cool and functional artists have been able to make the Robin costume. I grew up in the 70's and 80's, and Robin's costume when I was kid just never made sense to me. This latest costume is a great one, it pairs well with the Jim Lee Earth-2 Batman design. 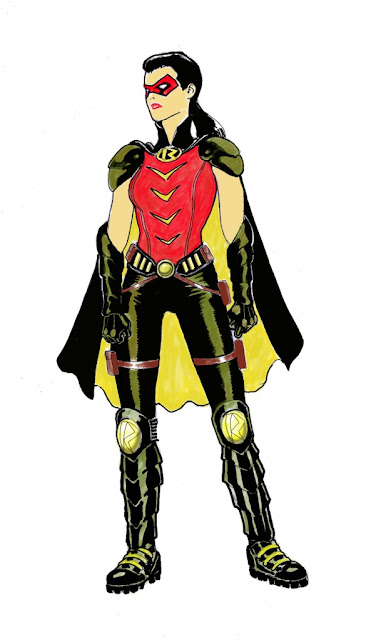