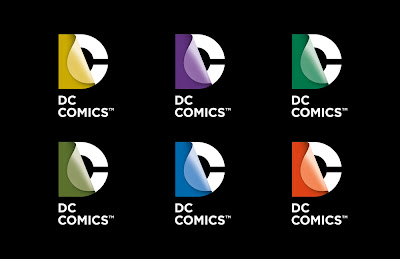 DC Comics is changing up its logo again. If anytime was selected to do this sort of change this is a great time to do so. With the company making such a dramatic change to its comic book offerings, making new larger steps in Hollywood with a Batman film and Superman film both on the horizon. This logo is a big step away from the DC bullet and stars, which is sure to shake up man a traditionalist comic book fan. But I'm not opposed to the new logo. I don't think its the best logo in the world, but its clean and modern looking.

The new logo with its folding page D over the C offers up a lot of flexibility as seen in some of the examples below. Unfortunately I think with some of the color choices the D is very hard to see, so this logo would benefit from a tighter set color usage rules than what has been shown in these initial displays of the logo in action. On the topic of color the logo does very well in black and white and in small and large sizes. With the gradation effect on the "turned page D" the logo has a look that bring it up do to date and a sophisticated enough that it would fit with other forms of entertainment aside from comic books. 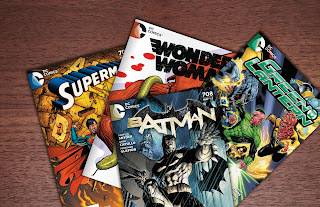 I like the way the logo looks bleeding up to the left edge of the comic book to the spine. However I find the inclusion of the DC Comic text beside the logo to be awkward and unnecessary. Having the DC Comic text stacked neatly below the logo has a much cleaner look in my opinion, as its done on the spine of the trade paperback below and in the marketing pieces. Since this is such a drastic change in logo its possible the identity system for usage might receive some tweaks. Either way I see this logo change as an improve over the last iteration. Its an identifier that will help set the DC brand beyond just being seen as a comic book company. 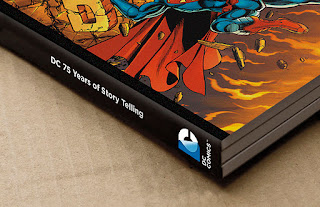 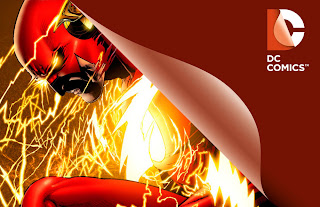 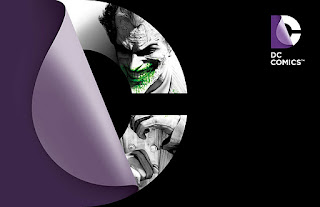 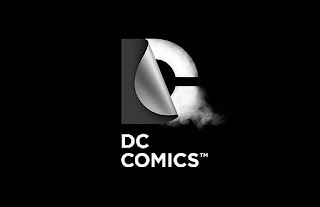 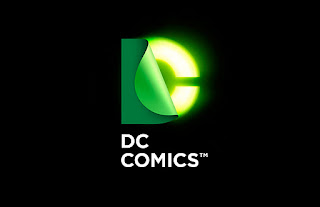