New Images from Avengers film, in theaters May 4th, 2012

Marvel released five, count them FIVE more photos from the upcoming Avengers film. None of these photos are that action packed... actually they aren't dynamic at all. BUT you still get to see this collection of actors in their roles as Earth's Mightiest Heroes. 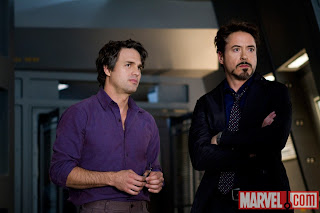 Mark Ruffalo and Robert Downey Jr. as Bruce Banner and Tony Stark respectively. Banner showing his love of the color purple in this photo, I wonder if he's wearing coordinating purple pants? 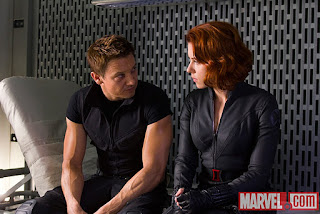 Jeremy Renner and Scarlett Johansson as Hawkeye and The Black Widow, sitting down to talk... like I said not that dynamic but hey its still a peek into the movie so stop complaining. 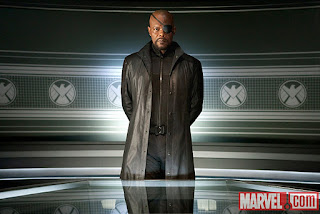 Samuel L. Jackson looking badass just standing there. Big table, SHIELD logo on the wall around him.  He is Nick Fury. Samuel L. Jackson will be filming a Nick Fury film later this year for a 2013 release I'm guessing. 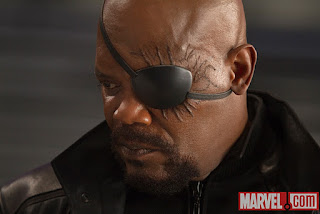 Samuel L. Jackson/Nick Fury again. Yeah that's right his own movie. He's crept into every other Marvel film and now he's going to get his own. 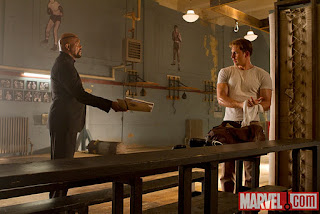 Samuel L. Jackson/Nick Fury with Chris Evans/Captain America in at an old gym. Here Sam is handing Chris the script to the upcoming Nick Fury movie to see what the thinks about it. Chris doesn't have the time look at it though since filming is beginning on the second Captain America film. The Marvel movie machine doesn't have a stop button on it evidently because the films keep coming.


All photos courtesy of Marvel.com