One of my Christmas gifts this year was the Batman: Year One animated movie on Blu-Ray.  I hadn't read any previous reviews of this piece, so I had measured expectations. Most of these DC Animated Films are usually beautifully animated, but fall short for me in their adaptation of the source material. Sometimes I'm fine with that, in the case of the New Frontier for example, which I love despite its shortcomings. Other times its just a real disappointment, All Star Superman being a recent example of this along and unfortunately it sits with most of the other DC Original Animated films with a few rare exceptions.

The Batman: Year One dvd had a tall order to fill in my book. Frank Miller and David Mazzuchelli's Year One story arc within the monthly Batman books completely blew both the minds of me and my brother when we read through the issues we could get a hold of.  We lived in Germany when this story arc was starting so getting issues of the book at the local US Army base's Stars & Stripes newstand was an unreliable proposition. We were both very familiar with the origin Batman as told by Bob Kane, we'd seen the original pages from Detective Comics reprinted in a big book of superhero origins that our Dad gave us. Bruce Wayne all cool and clean with the Batman politely flying through the window to inspire Bruce to take on the look of a bat. 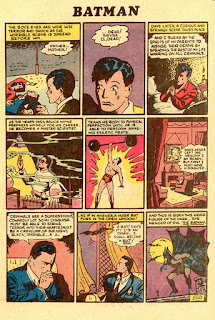 Miller and Mazzuchelli injected such a raw level of realism and struggle to Bruce's creation of the Batman. It took a character that I always considered a favorite and made him so much more incredible. This was a rare instance for me where the retold origin rang more true for me than the original and made me even more a fan of the character. To this day the Year One storyline is one of my top 5 Batman stories, if not my top Batman story. 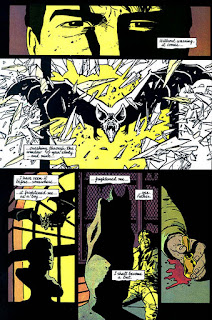 Thankfully the Batman: Year One DVD did not disappoint. It was a true retelling of this story. Sometimes getting many of the actual frames from the story arc and there are many in my mind that are noteworthy, and recreating them almost exactly on the screen. Also I was so pleased to see so much attention given to the Jim Gordon storyline that runs concurrently with Batman's through this story. Honestly I enjoy Gordon's story just as much as Batman's. Year One fleshed out Jim Gordon as much as it did the origins of Batman. The voice acting and animation was really top notch, I had no complaints with this movie and didn't come away from it wondering why the left something out or with the feeling that the pacing was rushed as I often do with these adaptations.

The accompanying Catwoman animated short, was entertaining as well. Nothing extraordinary, but at the same time nothing that put me off. I watched it before the main film on the disc.

I'll be watching this again very soon, which for me is a big compliment to the film.