Marvel has released the Phoenix image that was teased yesterday during the X-men panel at NYCC 2011.  This could be the event that brings the two X-men factions back together. At this point it would take something on the cosmic and deeply personal level as the Phoenix to do so. 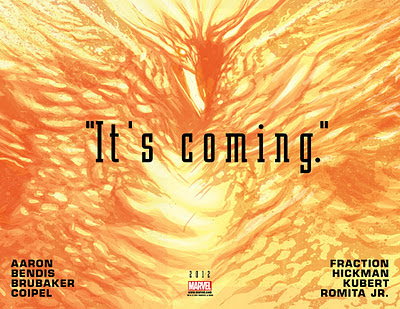 I've been lukewarm on the X-men lately, even with the Regenesis storyline. But The Phoenix now that turns my head and gets my attention.
Labels: Marvel Comics nycc 2011 Phoenix superheroes X-Men