We've seen Wonder Woman, Batman, The Flash and many versions of Superman on television through the years. And you'd expect that, these are big names, the faces and costumes most associated with DC Comics and with the genre of superheroes in general. So its definitely news when its Deadman and The Spectre are going to get pilots made for potential series by the CW and Fox respectively. 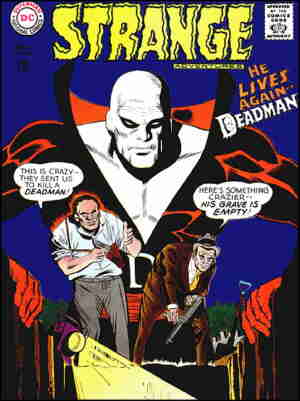 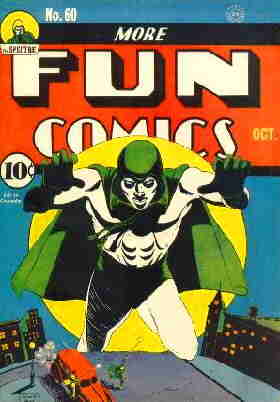 The Deadman series on CW would be handled by Eric Kripke, the creator of the successful CW series Supernatural. For those not in the know, Deadman is the story of murdered circus trapeze artist/daredevil Boston Brand, who through the intervention of a Hindu god is able to still roam Earth as a ghost and possess the living in order to find justice. Deadman is invisible to most living folks, visible only to the reader in the comics. His ghost still wears the red circus outfit that he performed in. The Deadman character factored in heavily with many of DC Comics Blackest Night and Brightest Day storylines over the past couple of summers. He's also popped up on a couple of the first issue covers in the DC Comics 52 Relaunched titles this September. Its an interesting character, and I think the mystery solving nature of the stories will lend itself well to TV especially with Kripke handling the creative end of things. CW is also a great network for this kind of show, hopefully it will get the room and time to flourish like Smallville was allowed to.

Now on to the Spectre, he's the original "Avenging Spirit" superhero. A police detective, Jim Corrigan, who is murdered, and then sent back to Earth, selected  to be bestowed with the powers of the Spirit of Vengeance. As the Spectre, he basically makes sure that the wicked are punished, crimes are avenged and justice is achieved. Usually the Spectre metes out some serious Old Testament justice, eye for an eye style. He is not one of these heroes with the code against killing. More modern versions of the character have had him behave viciously in his neverending quest for justice. He's a pretty bad ass character. But Fox has away of killing off some really cool shows before they hit their stride (waving at Firefly and Human Target to name two that come to mind instantly). So I don't hold out as much hope for a Spectre series, or if it comes about I doubt it'll stick around longer than a season tops since I'll probably like it and at the same time sign its death sentence with my acceptance and approval of the show.