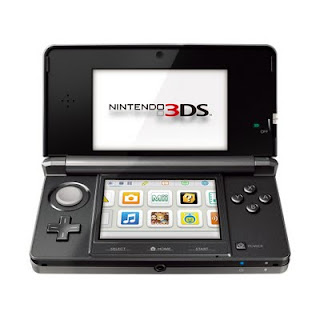 It is no secret that I'm no fan of the current 3D craze that is being perpetrated by the entertainment industry. Apparently I'm not alone, anecdotally I've talked with many people who aren't into 3D at all. And I've read many movie reviews with critics complaining about the use of the 3D effects. However the lack of support for 3D is being seen in the limp sales figures for the Nintendo 3DS. So much so that Nintendo has dropped its earnings forecast by 82%.

To goose sales Nintendo has made a dramatic price reduction for the 3DS bringing it down to $169.99 from $250.00. This will go in effect August 12th. Price reductions will also occur in Japan and Europe.

I've played on the 3DS, and I'll be straight with you. That 3D effect screws with your eyes. I don't dig it and my kid hates it. We will stick with our DSi for the time being.
Labels: Nintendo Nintendo 3DS video games