Bring out your Dwarves! - More Dwarves Reaveled for Hobbit Flick

I've lost count but here are 5 more to add to the list, I think we've gotta be getting close to finishing this. I never thought the dwarves tag word would get such a work out on this blog. 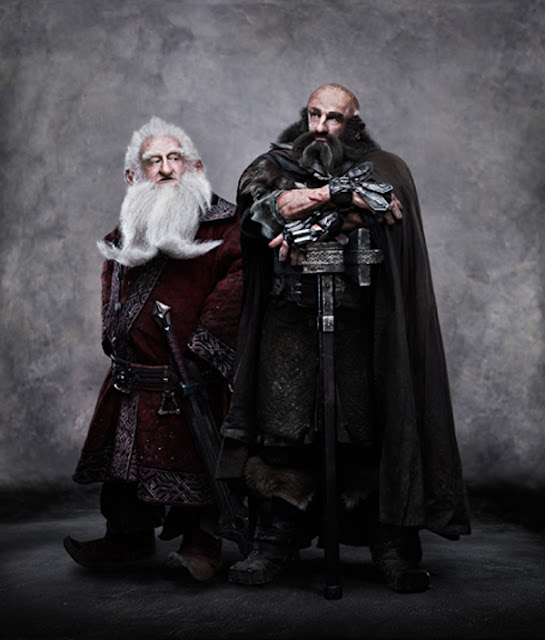 First up with noble Balin and Dwalin who are described as:


Dwarf Lords in their own right, Balin and Dwalin are close relatives of Thorin. Beyond this, these brothers are two of his most loyal and trusted friends. An old warrior, Balin has lived through hard times and fought many battles, yet he harbors doubts about the wisdom of the Quest to retake the Lonely Mountain. Dwalin has no such forebodings – his belief in Thorin’s leadership is unshakeable. A powerful and bruising fighter, with a natural tendency to distrust anyone who is not a Dwarf, particularly anyone who might be an Elf, Dwalin is not someone to cross lightly.
And next we have less noble but more fun; Bombur, Bofur, and Bifur 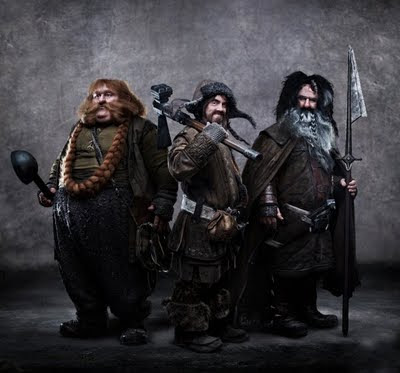 These three are described as follows:


While most of the Company of Thorin Oakensheild is related to the royal and noble line of Durin, Bofur, his brother Bombur and their cousin Bifur most definitely are … not. Born and bred in the West, descendants of coal miners and iron workers, they have joined the Quest for the Lonely Mountain partly to seek their fortune and partly because they were told the beer was free.