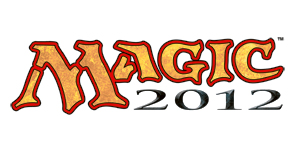 This is a busy time of year for Wizards of the Coast and Magic: The Gathering players especially. Not long ago the new Duels of the Planeswalkers 2012 video game hit the online stores (its on my list to download via Xbox Live, I loved the first game). Now the marketing is hitting the ground running for the reveal of the Magic: TG 2012 Core Set. Wizards of the Coast/Hasbro have set up a minisite within the Magic:TG site with information specific to the 2012 Core Set.

There will be Preview Release tournament events at local shops all over the world July 9th thru 12th, 2011 giving players their first chance to play with the deck created from the new set. There will be other give aways including a Bloodlord of Vaasgoth promo card while supplies last. 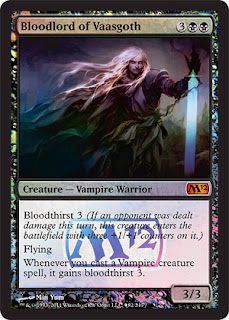 See the site for more information and a locator to find where in your area the events will be held.