Empire Online and Entertainment Weekly are the sources for these first looks at the upcoming Hobbit, the first of two films telling the story of Bilbo Baggins by Peter Jackson. In the photos including the cover of Empire Magazine's August issue, we have Ian McKellan back in the role of Gandalf the Grey and Martin Freeman as Bilbo. In the Bilbo photos we can see the dwarves in the background waiting in the next room. It's looking good. I was just watching the Lord of the Rings on Blu-Ray, and I've been reading the Hobbit to my son at night. So I've been in a Tolkien kind of mood anyway. These photos are just feeding that more. 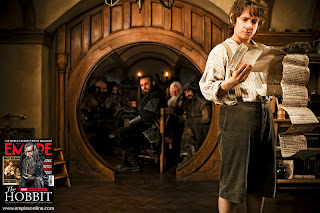 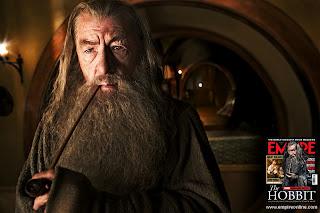 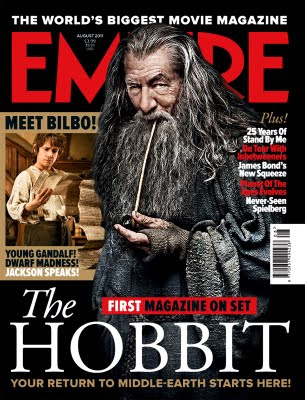 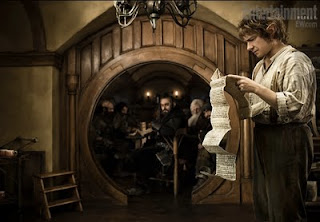