Skip to main content
Labels
Posted by droracle May 05, 2011 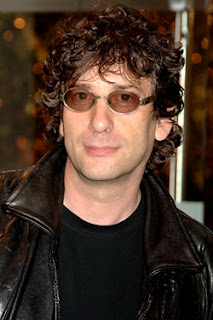 Okay so here is the situation, as published by many newspapers and blogs, from Boing Boing to The Guardian. Minnesota State House of Representatives Majority Leader Matt Dean(R) called author Neil Gaiman, a 'pencil-necked weasel' whom he 'hated', and accused him outright of theft for charging a $45K speaking appearance fee to speak at the Stillwater Library. The appearance fee was paid via the states arts fund. The entire amount, minus agent fees  was donated immediately by the author to two different charities. The correct amount was $33,600 well in line with what other authors at Gaiman's level charge for appearances.

Neil Gaiman has quite a following of fans from who enjoy his work in writing for DC/Vertigo comics and the many novels his written as well as the films based off of them. Coraline, Mirrormask and Stardust immediately come to my mind.  His fan based successfully crippled Rep. Dean's official website yesterday after this news came out. The swift justice of the Internet in action.

Gaiman has responded calling Dean's words 'bullying schoolyard nonsense' as well as defending his speaking rate as standard, and denying there was any theft involved for being paid for the job he performed.

To be blunt this blowhard politician is way out of line. First off going straight to name calling is such an unprofessional and immature line to start off from that it kills any credibility you might have had. I can't stand it when these people who are elected to offices either on a local or federal level to represent a portion of their state, act in a fashion so out of line for someone who represents so many. Second, to accuse someone of thievery is a serious accusation regardless of the circumstances. Neil Gaiman is an author held in high regard and a resident of the state of Minnesota. He put forth a fee in advanced for his services. The state agreed and paid, he rendered his services as agreed. The state had the right to refuse to pay and look for someone else to speak at this library. Don't agree to terms and pay a man just to turn around and call him a crook.

Rep. Matt Dean admits to hating Neil Gaiman, these are his words, 'hate'. Neil Gaiman accepted payment for a speaking engagement. Is that why Rep. Dean hates Neil Gaiman? Seems totally baseless. No other reasons were given, so that's all I got for the reason Rep. Matt Dean HATES Neil Gaiman. Which ever side of the aisle you align yourself with when the next elections come up in Minnesota I hope the voters put someone else in the office to replace Dean. Someone who doesn't hate so indiscriminately, who can conduct himself in a less juvenile matter and doesn't make baseless accusations of thievery when referring to simple agreement for services. I don't know what else Dean has done for the state he might have done a lot of good. But if he can hate without reason, then I can call for his replacement without being educated on his accomplishments. Plus I'm just a guy with a blog who lives in Maryland, who gives a shit what I say.

And by the way this guy's neck isn't so awesome that he can call someone a pencil necked anything! 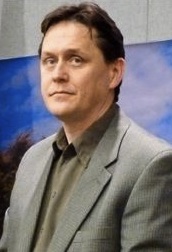