Skip to main content
Labels
Posted by droracle May 27, 2011

Often the articles on this site are dictated by the excited kid in me that eats up all the noise about comic books, cartoons, TV and Movies. After this long week though, the cranky old man in me has been let out of his cage ready and ramped up enough to complain about what I hate about current trends in movies. I'm not going to make this a top ten or five kind of list, these aren't in any kind of order. Matter of fact I'll break this up into a couple articles, maybe three. So I can take a  break from this little hatefest and sprinkle in some fun articles in between as a palette cleanser. Okay lets dive in:

1.3D: I will give the Hollywood wizards kudos on the current state of 3D technology. Things have come along way from the cardboard glasses with the blue and red lenses that I wore in my youth. Its an interesting novelty, especially when executed well. However I still hate wearing those glasses over my own specs that I need to wear to still see what's going on. And I hate the fact that sometimes often the movie I want to see doesn't have a 2D option as readily available as the 3D version. I've never been seen a film where the 3D was such an integral part of my enjoyment of the film that I couldn't have lived without it. It's not worth the extra cost to me, and I'm resenting that this novelty is being crammed down our throats as consumers and movie viewers. For some reason the industry is convinced that 3D is what the public wants, whether that is true or not, they are going to make it true. At times the 3D works against the story. I'll take Disney's Christmas Carol as an example. The one done with motion-capture CG animation with Jim Carrey as Scrooge. I watched the the previews in 3D and it was beautiful, no doubt. But when I watched the film at home in 2D, the pandering to the 3D novelty was so transparent it distracted from the story. It was such obvious pandering, at times you couldn't tell whether they wanted the piece to be a motion picture or an adventure ride for one of Disney's theme parks. 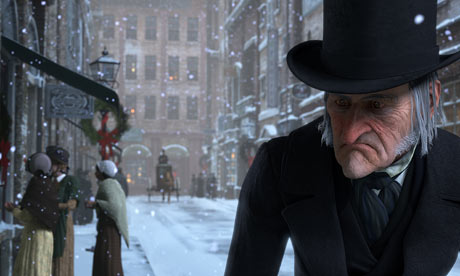 I have a fairly geeky circle of friends. We like our entertainment systems. As kids it was our stereo set ups and as we got older we graduated to full multimedia set ups. No one I know is rocking the third dimension. Sales are lower than expected on 3D Televisions. Anecdotally and statically this doesn't look like a trend the public is leaping onboard with. Personally I'll be happy when it goes away. Because at the end of the day, its just a NOVELTY. After a couple times the wonder wears off and what are you left with??! When this trend dies I hope smell-O-vision doesn't try to make a come back.

2.The REBOOTFrom the start I have a personal, ground-less hatred of the term reboot since its already being overused and often inaccurately used. I often disagree with the targets selected by Hollywood for a reboot. For those who don't know, and I assume there a few who might not know, a reboot is a refresh of a movie franchise. Everything that was done before is thrown out and story is retold anew. Hollywood just seems reboot happy, since it worked well for some franchises (Battlestar Galactica, Batman, Star Trek), everything seems up for grabs now. What I don't like about the reboot trend currently is Either A) I think the reboot is happening too quickly behind the previous version or B) The first version was good enough, and the ideas should just be left alone.

The Spider-man film franchise being a great current example of the former. I agree that the last Sam Raimi directed Spidey flick was a disaster, but Spider-Man 2 showed us how cool a movie could be put together with this crew. A franchise should be allowed to stumble and recover its footing. Financially I don't know how a reboot is less financially risky. Another example is the Batman movie franchise. Now at first this current series is an example of a good "reboot", and I love the current films done by Christopher Nolan. However there is already talk of rebooting Batman AGAIN. We just got this franchise done right, why start it over again?? 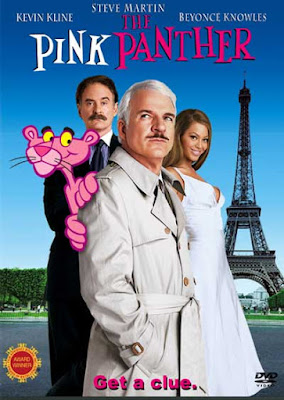 The list of properties that should have been left alone is a long one. Charlie and the Chocolate Factory, Land of the Lost, The Pink Panther are some that come to mind. UGH the Pink Panther, just mentioning that one makes me mad on so many levels. The first movies with Peter Sellers as the Inspector were comedic genius. So the audacity to try to reboot these films is incredible. Then to have a Steve Martin in the role as the Inspector just makes me more conflicted and angry. Martin is an incredible talent both as a comedian and a dramatic actor. His current quest to bring blue grass music more into the mainstream is one to be lauded. Why out of all the actors out there did he have to be the one to take the mantle of Inspector Clouseau?? It just kills me. I don't like seeing actors I enjoy, in such terrible vehicles. Its a bad fit for Martin and just a bad idea overall.

Yesterday I caught wind of a potential reboot of the Time Bandits property. The hope is to make it a family friendly property that can become a franchise. Time Bandits is another in mind that is already perfect. A kids film that didn't shy from black comedy or talk down to the audience, there is no reason this property should be touched.

Okay its time for the old man to take a breather, we don't want him getting too worked up. He'll be too charged up to take his afternoon nap. Be on the look out for Part 2 of this article next week.
Labels: Batman film movies reboot Spider-man Steve Martin Time Bandits