Skip to main content
Labels
Posted by droracle May 10, 2011 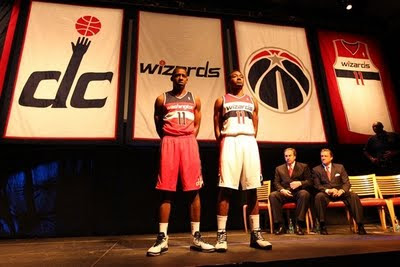 Today the Washington Wizards gave the world its first look at their new uniforms as well as new logos for their entire new color and design scheme. The Wizards are going to a red, white and blue color scheme moving away from the blue and gold. The new color palette works on two levels. On one level this color combination coordinates with the colors worn by the owner, Ted Leonis's, other teams namely the NHL's Washington Capitals and the WNBA's Washington Mystics. On another level this palette is very similar to what was worn by the team when they were known as the Washington Bullets.

For a DC native like myself, I'm loving this new look for that second reason. All my life I grew up rooting for the Washington Bullets. All the changes that came with the name change were a little jarring. These uniforms just look right to me, brings the team back to where they came from by wearing uniforms that have a link to their team's past as well as connecting them to the other DC teams in their current sports organization. 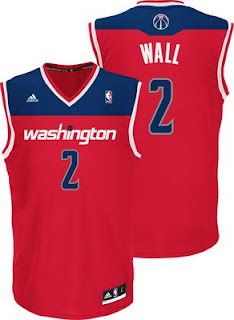 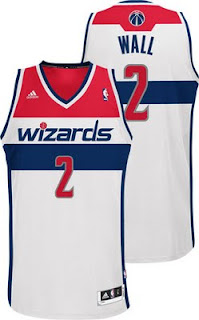