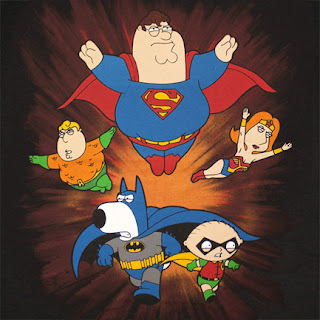 The new comic book, based off of the Fox primetime animated series, will be printed by Titan Comics, and arm of the Titan Magazines entertainment publishing company. This company publishs alot of the movie tie-in magazines like Star Wars or Star Trek magazine. I didn't even know they published comic books, but evidentally its something they are getting into. They also publish a Torchwood comic and a few others.

Go to http://titanmagazines.com/news/announcements/titan-comics-set-launch-all-new-family-guy-comic-s/ for the full lowdown on the upcoming comic book