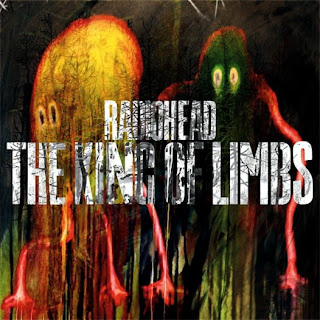 While I appreciate the music on the album for what it is, is it so wrong to want Radiohead to make an actual rock album again?

From 1993 to 2000 Radiohead was a real rock band.  Their three album arc of Pablo Honey, The Bends and OK Computer were some of the best modern rock albums made during the era.  Then something happened and the band got bored.  They wanted to challenge themselves, or their listeners, or both, and they decided to go in a decidedly different direction.

Starting with Kid-A and quickly followed by Amnesiac, Radiohead ushered in a new era and style for their music.  This style had a decidedly less traditional sound and instead fully embraced the "electronica" trend of the early 2000s. Out were the standard guitar, bass, drum, vocals and in were the computer beeps, blips, plonks and synthetic sounds all over the place.  Maybe Radiohead had done as much as possible with their old sound or maybe not but this new sound offered them a chance at something new and they made a fantastic album.

After those two albums came out back to back, the band put out Hail to the Thief in 2003.  This album was sort of a nod to their old and new styles and it was another strong entry into Radiohead's discography.  While there is nothing particularly memorable on the album, it is a solid rock album with electronic elements brought in. Then, In Rainbows came out and was an ode to moody electronics again and here we are with their new album King of Limbs...which is kinda like In Rainbows II.

King of Limbs is another non-rock album made by former rock and rollers who have embraced the computer. Unlike their other forays into this genre, however, this time doesn't work out so well for me.  One keeps expecting the album to "break out" into something...anything...but nothing happens.  Its a short album, around a half hour, and it is 30 minutes of quiet, moody, electronic blips and plonks with Thom Yorke singing away over them.

Song after song treads over the same territory already explored in Kid A and Amnesiac and In Rainbows...but nothing interesting ever happens on this album, unlike its predecessors.  This album is, dare I say it, boring. Its a snoozefest.

The only thing this album left me with was a longing for Radiohead to give up the computer, pick up their instruments and put together a solid rock album.  I'm not even asking for something as amazing as The Bends or Ok-Computer.  I'd settle for a standard rocker like Pablo Honey.  Just give me something to sing along with, better yet, give me something I wouldn't put on when I'm trying to put a baby to sleep.

The album is a letdown and while die-hard Radiohead fans will probably come away loving this album, like all their other albums, most people probably could skip this one.  If you wanted to hear a better version of this album, go back and listen to Kid-A or Amnesiac. You'll get more out of re-listening to those albums than listening to this one for the first time.

For me, its safe to say the greatest thing to come out of this album was the Lotus Flower video with Thom Yorke dancing by himself in a warehouse that spawned a fantastic new Internet meme of Thom Yorke dancing videos (or even swatting bees).  Like this: