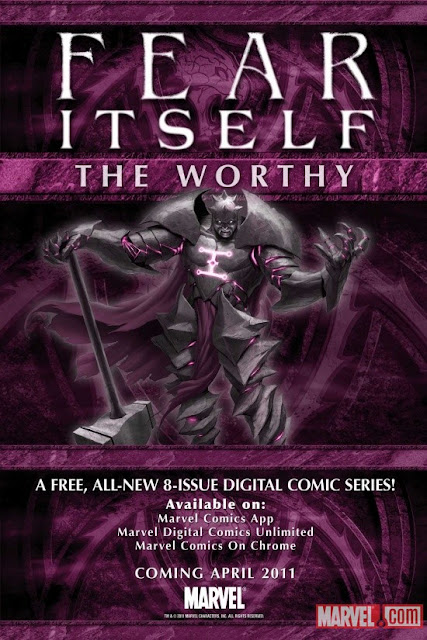 As part of their Fear Itself comic book event for 2011, Marvel is offer a free eight-part weekly mini series, exclusively in the digital format via their Digital comic service on their website, or apps on Chrome and iOS (iPod Touch, iPhone, iPad). These will begin to become available April 27th and will directly related to the Fear Itself story event that has Matt Fraction and Stuart Immonen at the helm.

Some of the imagery in the ads leading up to this event have been pretty amazing. I haven't read much but according to the article about this digital series. The God of Fear is at the center of this event and whoever holds the hammers featured in the ads below are part of his army.  I just want to know which God of Fear is this? Is it Ares son from Secret Warriors? Or some other deity from another pantheon of gods. Who knows. If its half as fun as the Chaos King storyline that just tied up not too long ago, then I'm ready for it. 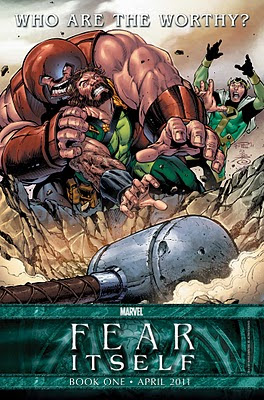 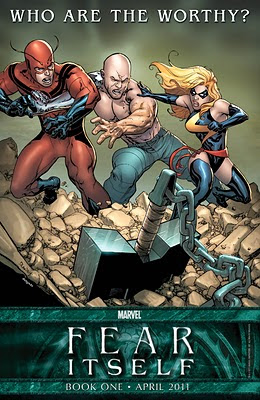 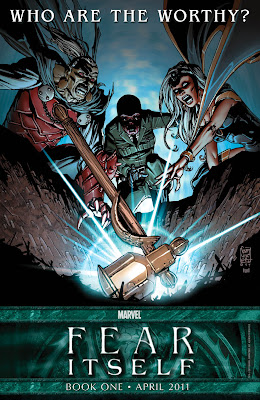 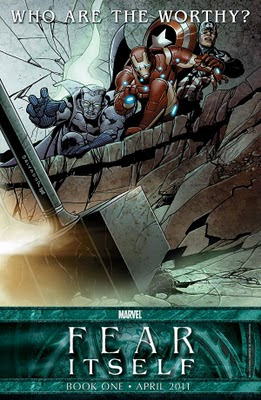 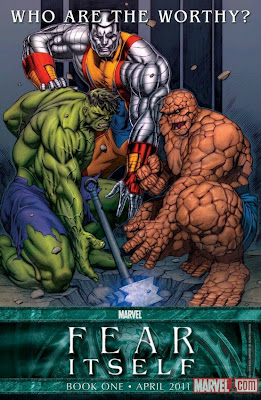