As always seems to be the way as we get closer to San Diego Comic Con more and more gets revealed from comic based and sci-fi/fantasy film projects. There two big ones over the past couple of days have come from the Green Lantern film slated for next year and the Thor film which is also going to be in theatres in 2011.

First up is the Entertainment Weekly cover featuring Ryan Reynolds in his spanking new Green Lantern uniform. Okay this one looks pretty bad-ass, I’m digging the veins of green power ring energy surging through the uniform. It works. This is an instance where changing the costume to work for the film medium is working to the advantage of the character. Gives me some hope about the rest of the effects going into this movie. The domino mask was a big hang up for me, but they stylized it well enough that is doesn’t look goofy to me. I’ll be honest, I keep forgetting this movie is being made. It just keeps falling off my radar. Seeing how this uniform looks on film will be the real test, but for a still image on a magazine cover, it rocks. 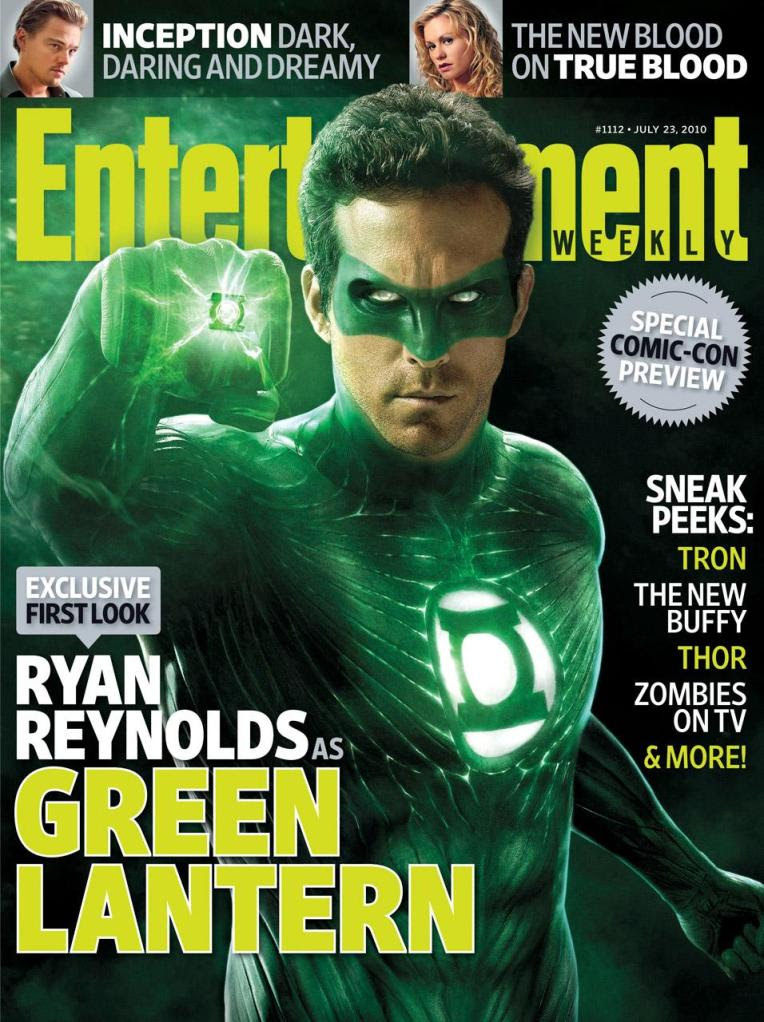 Next Up we’ve got the image from of Odin’s Throne Room from the upcoming Thor film. We also get a look at Loki in this still and a couple of the helmets worn by the characters.  Chris Hemsworth as Thor has his back to us and Anthony Hopkins as the All-Father himself at the top of the stairs flanked by his two ravens. Great image, and if a film could get by on looks alone this would be a blockbuster. 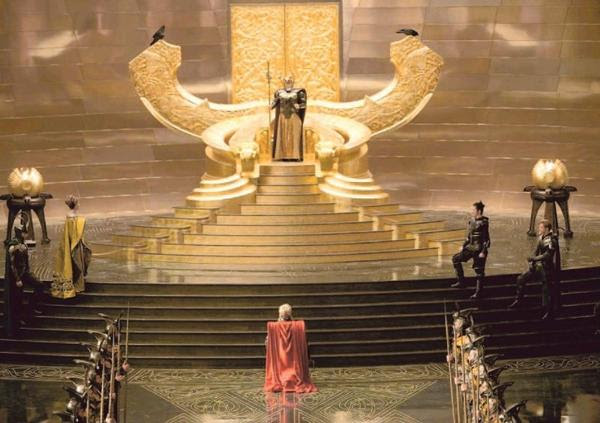 Next is another from the Thor movie and just when they win me with one image they have me skeptical with another. I just have concerns about this movie. I don’t have a lot of emotion invested in this character so it if it stumbles it ain’t going to break my heart. I just want it too cause any troubles with the future Avengers film. This image show Anthony Hopkins Odin front and center with his sons Thor and Loki behind him. I guess my problem goes back to the source material. I always found the old Marvel Asgardian costumes kinda goofy to begin with so seeing flesh & blood folks wearing some versions of this attire looks goofy to me too.