Upon losing the Disney/Pixar line of comic titles including Toy Story, Wall-E, and Cars Boom Studios has renamed their children's line. Dubbing the all-ages, children's line kaboom! the studio is adding some new titles to along with refreshed image. Boom Studios has secured the rights to produce comic books featuring Charles Schultz's Peanuts characters. Not a lot of details on the kaboom! imprint or what books will be produced with the Peanuts gang. Reprinting of some of the old strips would be enough to fill many books. Production of new stories would be interesting and a good way to bring these characters to a new generation of readers. 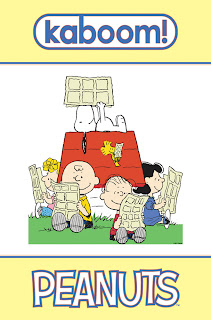